While the search continues for Laurie Finger, who was kidnapped ;) yesterday on her birthday by an unknown assailant, we are pleased to report that authorities have now released a very recent picture showing her withdrawing cash from an ATM in Ft Myers Beach, FL.

While the picture that was captured by a bank ATM security camera doesn't appear to shed any new light on why she was kidnapped, it does help authorities narrow their search to Ft Myers Beach, Sanibel Island, and the surrounding areas.

In addition, it shows the torso of a person standing next to her that may be the kidnapper. Height Analysis Experts and Rib Bone Counting Through Shirt Forensic Specialists confirm that the person is male with an estimated height of 6' 4" and probably extremely handsome, average looking, and homely all at the same time - all of which correlates with the eyewitness accounts from the kidnapping scene.

In the picture, the unknown person is also clutching a bag of Shakeology meal replacement drink mix. Authorities aren't sure what weight, if any, to place on the Shakeology appearance in the photograph since Ms Finger was known to peddle this product through Facebook. Some people within the investigation are speculating that Ms Finger was able to sell her kidnapper a month supply of the product and that he is forcing her to withdraw money from the ATM to borrow from her in order to pay for the product. This theory hasn't gained much traction among senior officials within the investigation who call this idea claptrap. But they do think the product may be an instrumental part in her wellbeing (and youthful appearance).

And finally, sources behind the scenes say that authorities like to refer to the kidnapped victim as "CARMEN" and the kidnapper as "EL GUAPO" (which is Spanish for "The Handsome"). Authorities are not confirming or denying this report, but have confirmed that they all recently watched the 1986 comedy, "Three Amigos" on DVD during an "Authorities Team Building, Bonding, & Enrichment Retreat" held last month. In that movie EL GUAPO kidnaps the beautiful damsel named CARMEN and holds her for ransom, but the Three Amigos intervene and come to her rescue. Authorities can often be heard singing "My Little Buttercup" while working on this case. Family and friends are holding out hope that the public will become their Three Amigos by supplying the tips that are needed to come to the rescue of Ms Finger affectionately referred to as "Carmen". 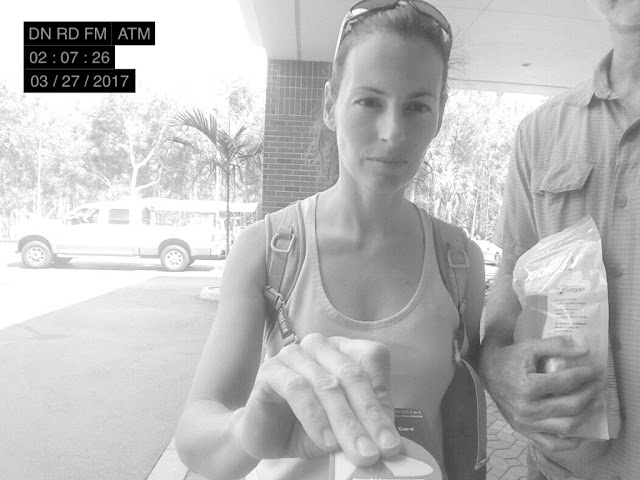