We are working hard to schedule our monthly PUBLIC EVENTS up to a year in advance to put our God-awesome adventures on your radar... and hopefully on your calendar. Our PUBLIC events are open to anyone who wants to come out and play in God's amazing playground. We try to have at least one different PUBLIC EVENT per month all year long, and we try to do it for FREE or at a greatly reduced rate to be a blessing to those who love to "GTD" (Get The Discount)!
Here's what we are looking at for the next 12 months:
=============================
"SLAMMED" Adventure Trip in Tiger, GA (June 8-12) ... pretty much sold out, but may be able to squeeze a few more in
"REVAMP"... Part of GTD's Summer Mission Project in Pinellas Park, FL (June, July, & Aug)... more info to come!
"SHABANG!" Park Day & Cookout >>> recreational kayaking, touring kayaking, paddleboarding, group games, team sports, playground, cookout >>> The Whole "Shabang"!!! (Sept 24)
CAMPING RETREAT in Ocala National Forest (FL) >>> we are going to have a contest to name this event... more info to come (Oct 28-30)
"ANNUAL BANQUET" in Largo, FL (Nov 15)
<<< DEC OFF >>> No PUBLIC EVENTS in Dec as of now (due to Christmas holiday)
"SWAMP THING" Everglades Backpacking Trip (Jan 7-8)
"PADDLE PROWL" Kayak & Island Camping Adventure in central Florida (Feb 4-5)
"IGNITE" Weekend Camping Retreat in Hudson, FL (Mar 3-5)
"LIQUID" Kayaking Day Trek in Pinellas County Florida (Apr 8)
"SIDEWINDER" SUP Paddleboarding Day Trek in St Petersburg, FL (May 6)
***WE ARE ALSO HOPEFUL TO RETURN BACK TO PUBLIC COSTA RICA MISSION TRIPS & ADVENTURES OUT WEST (Grand Canyon, Utah, etc) in 2023***
=============================
We have the dates for our PUBLIC EVENTS for the next 12 months so now we will move on to building / updating each link on the website with details, costs, registration, etc. Save the above dates on your calendar so we can go play together!
.
posted at 1:00 PM

SIDEWINDER PADDLEBOARDING TREK WAS QUITE ENJOYABLE!! 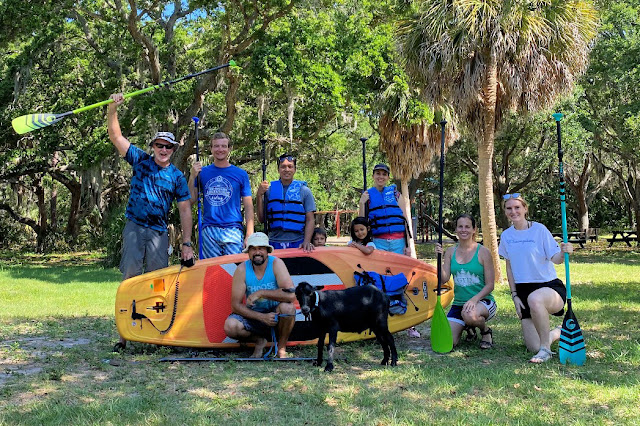 This past Saturday GTD hosted our 2nd annual SIDEWINDER SUP trek... and we had such an enjoyable time! The weather was perfect! The water temperature was perfect! And the people were okay! Haha, just kidding, they were perfect too!
Unfortunately we had 9 participants that had to cancel in the days leading up to the event, but that didn't take away from the 7 paddlers, 2 kids, & 1 goat that came out to play :)
And my incredible Dad came out to prepare a delicious lunch for everyone! Aaaaaaaaand longtime GTDer - Jim Butski - came out to cheer us on & help pack up the gear!
It was a really good day and I can't tell how much I thoroughly enjoy paddleboarding!!
Thank you to all our wonderful donors, supporters, and prayer warriors that help make these events happen! 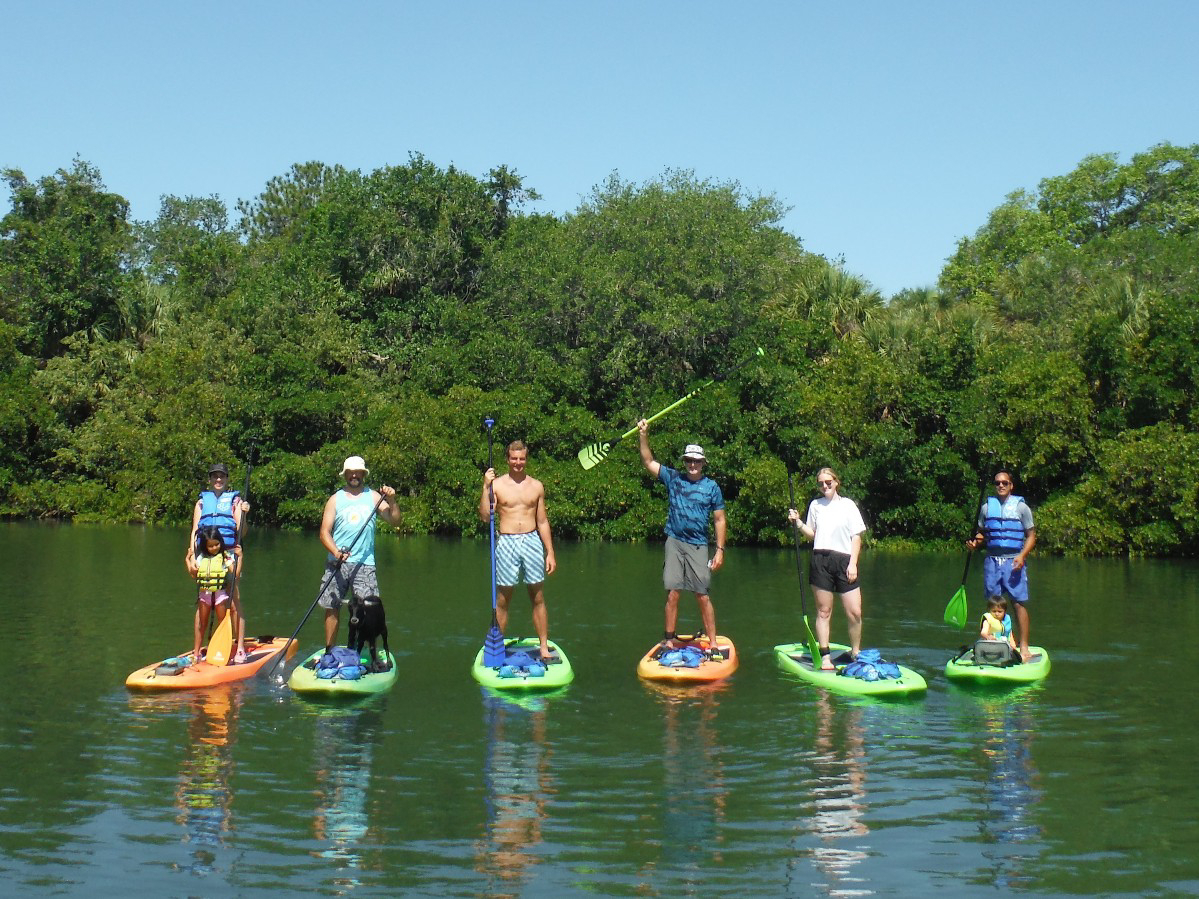 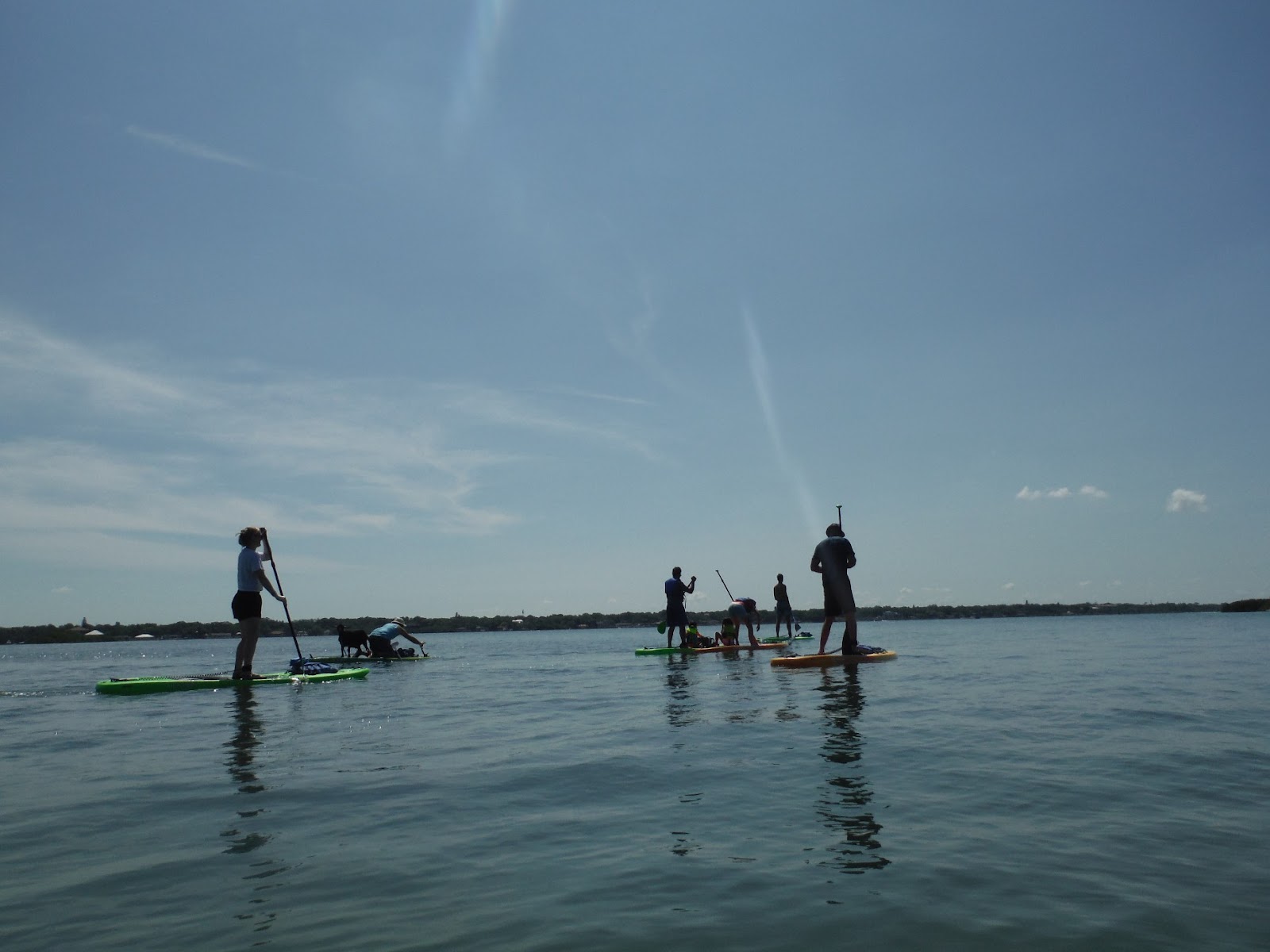 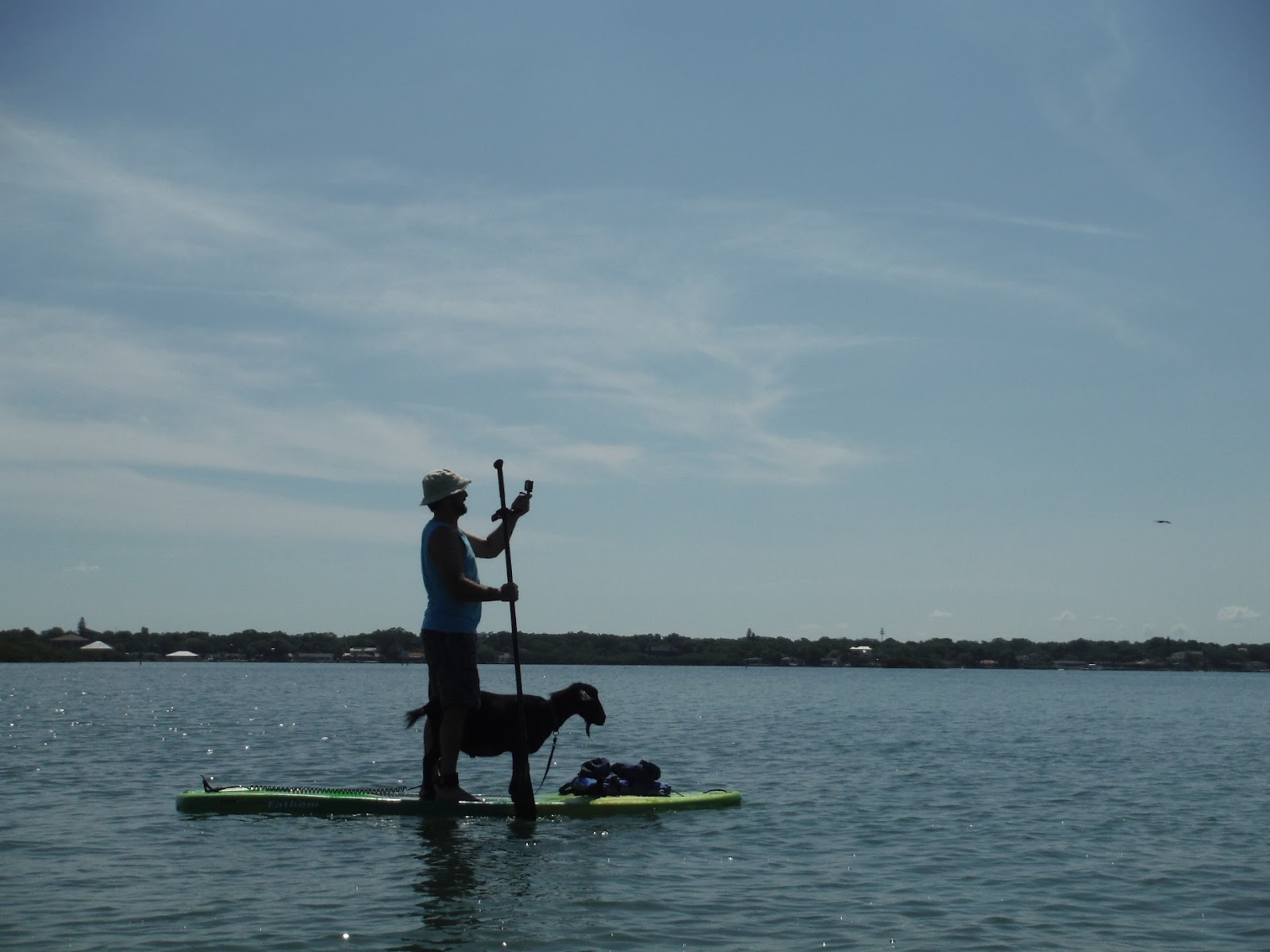 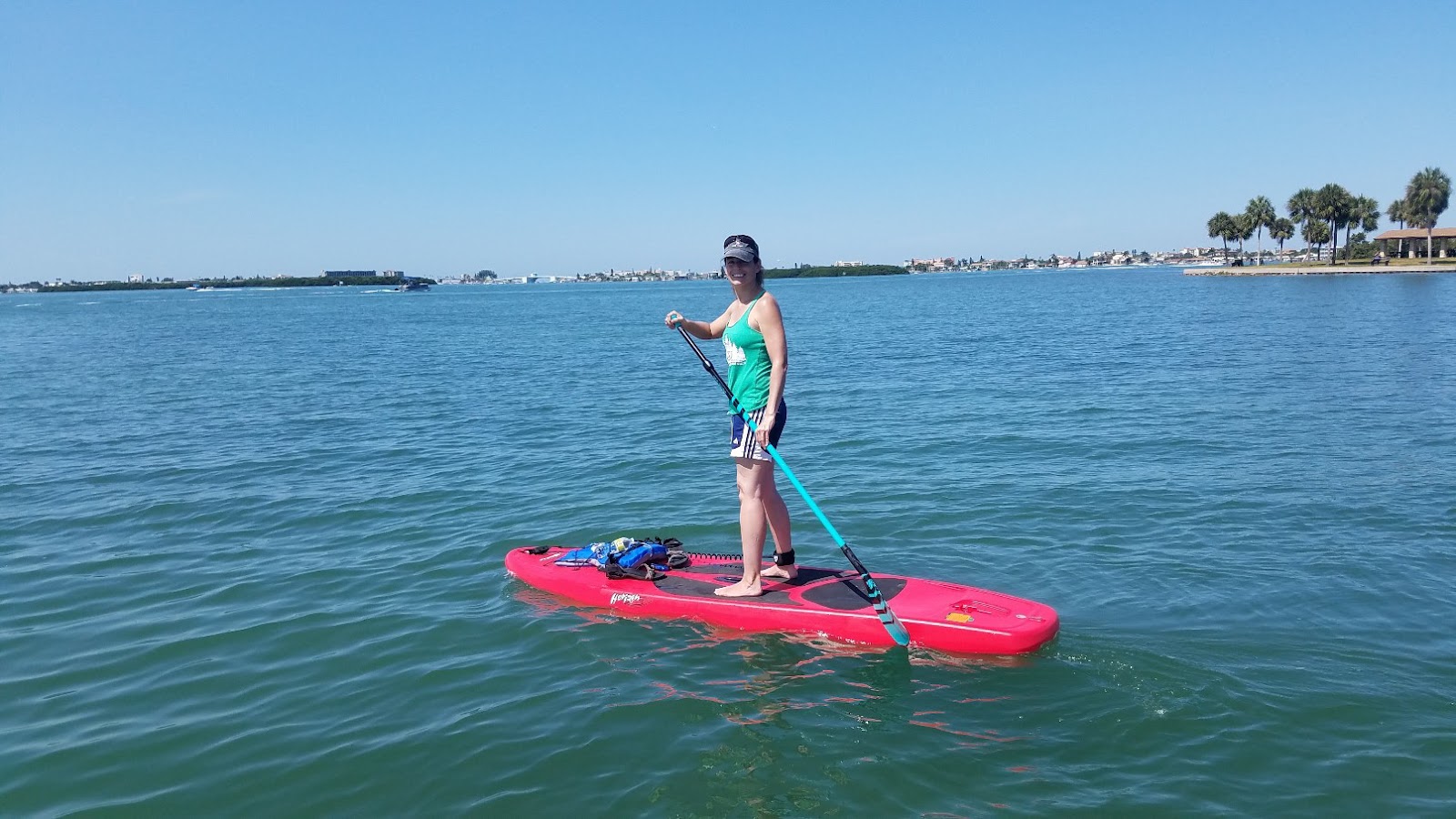 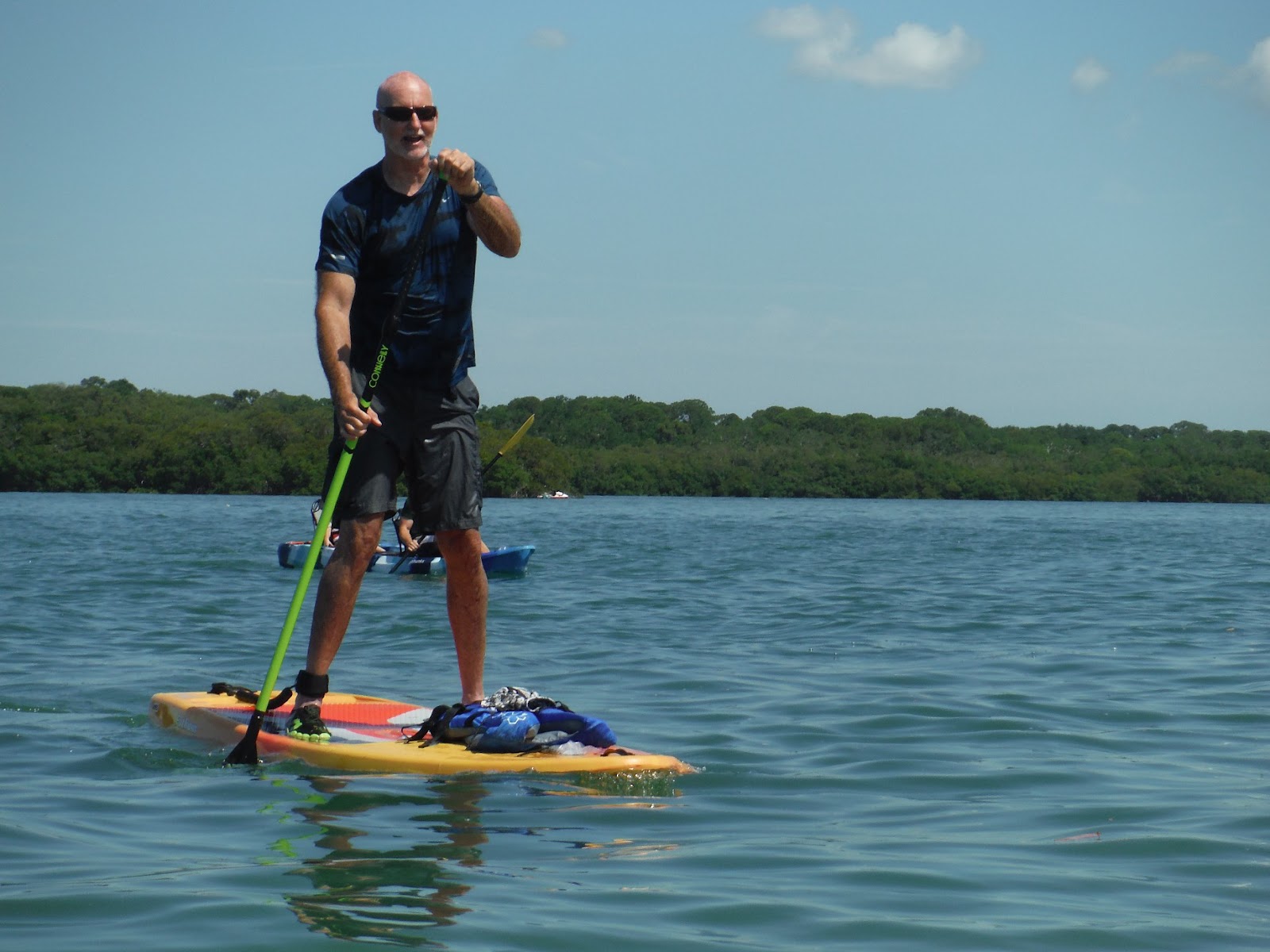 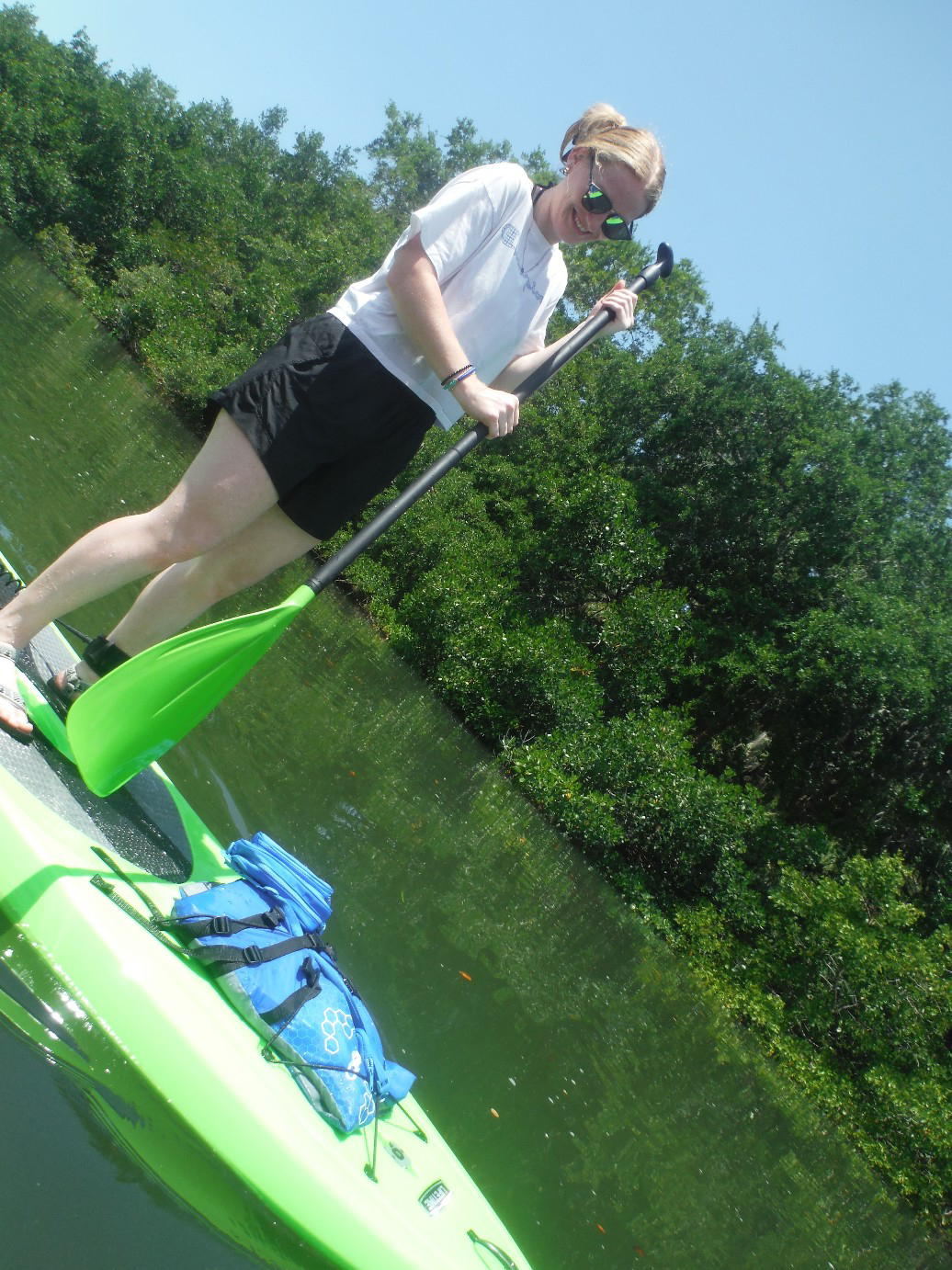 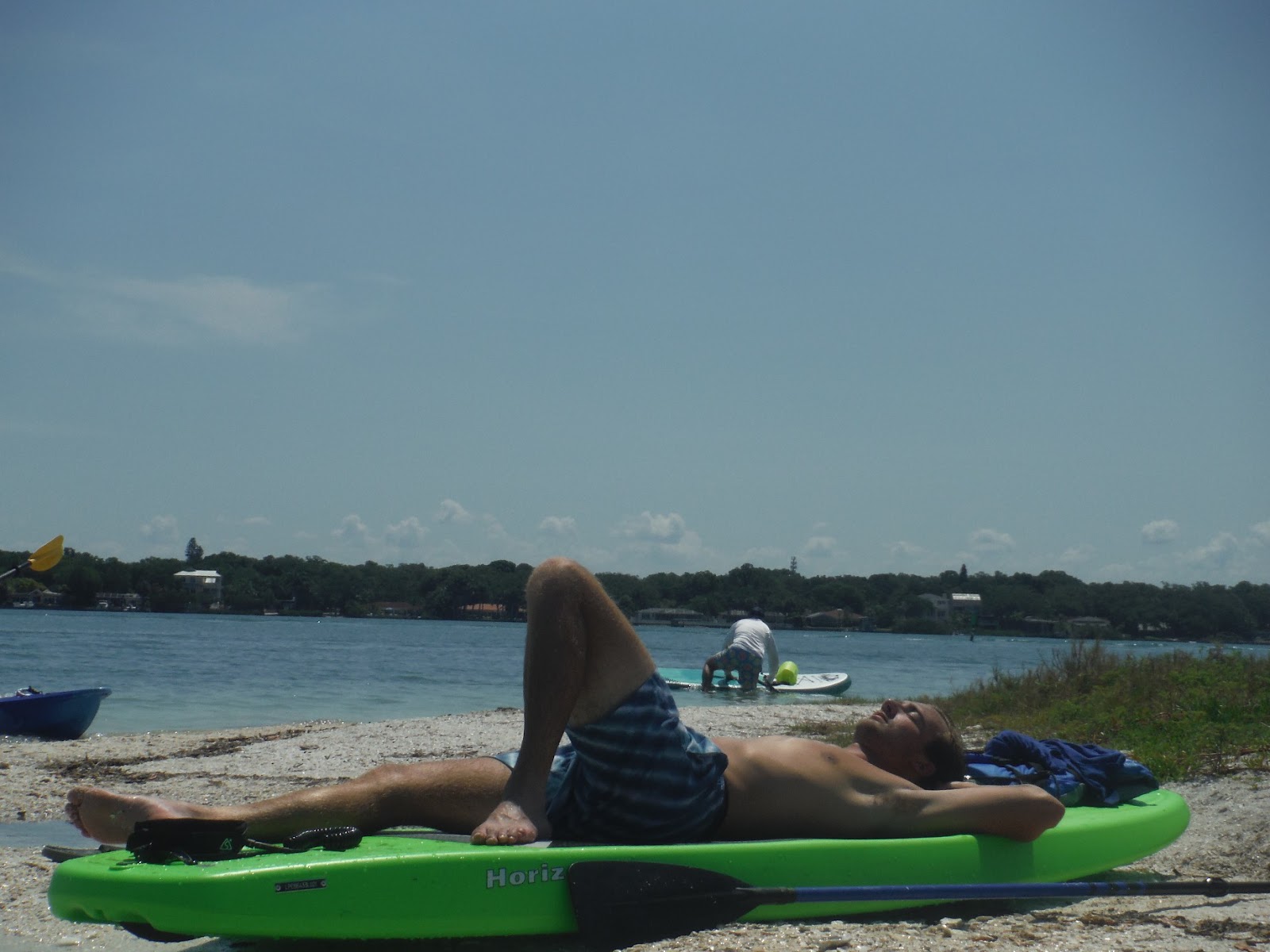 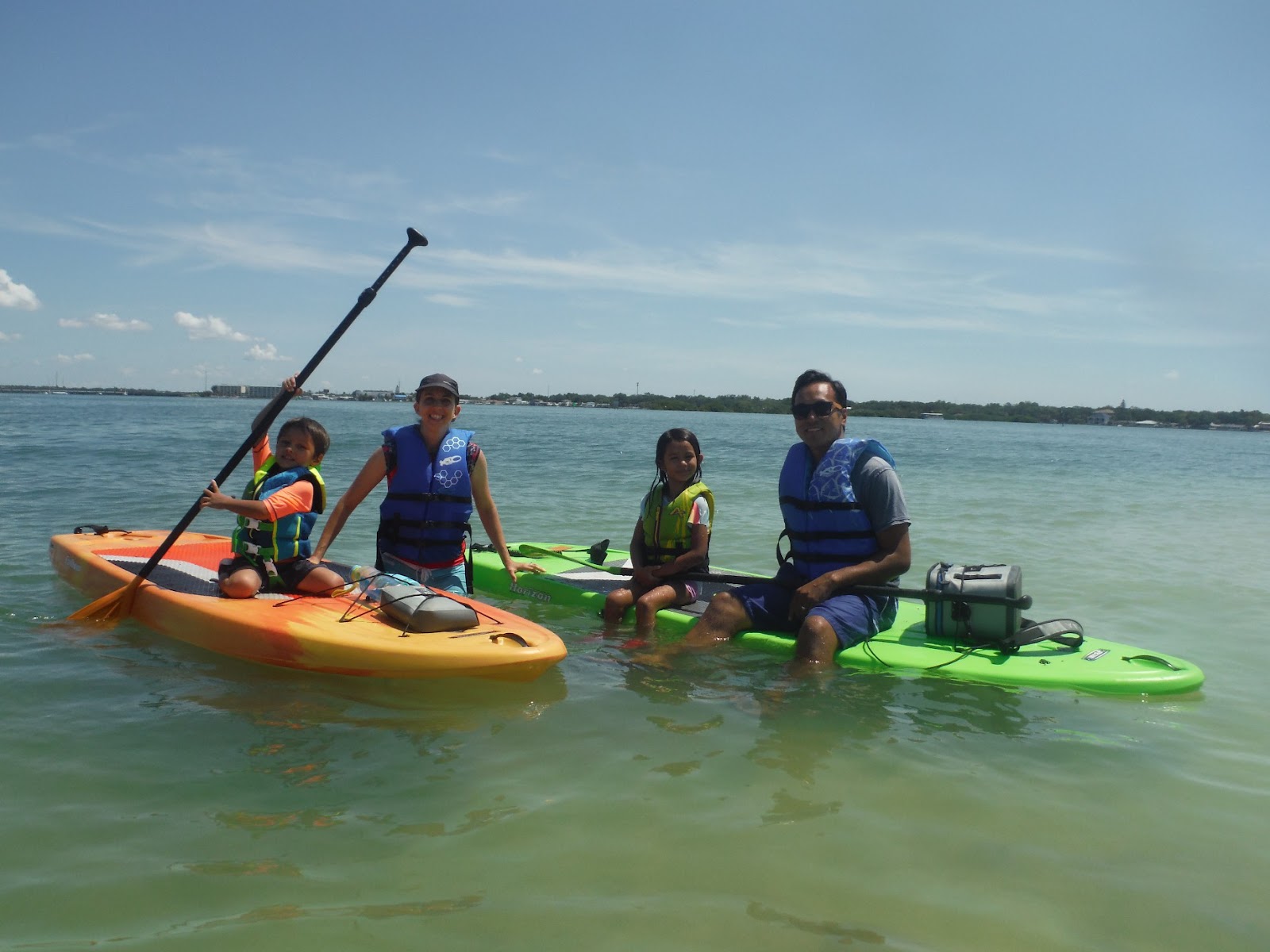 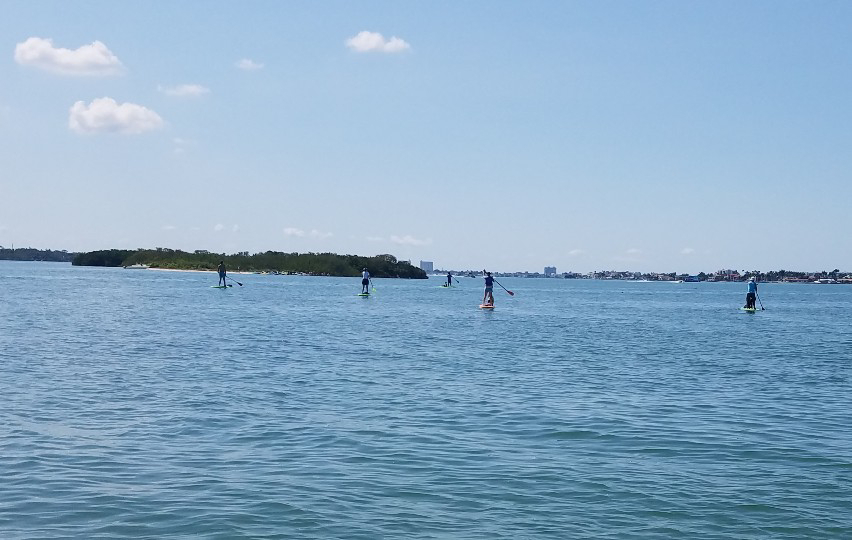 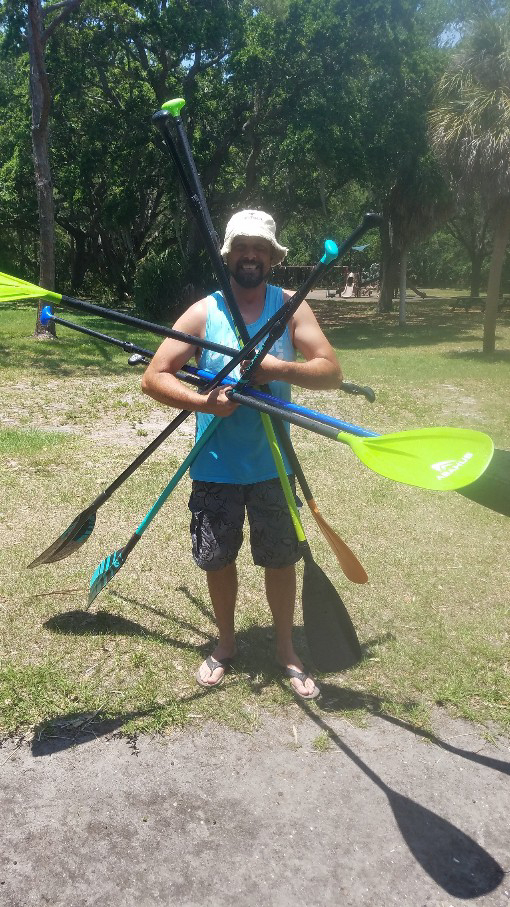 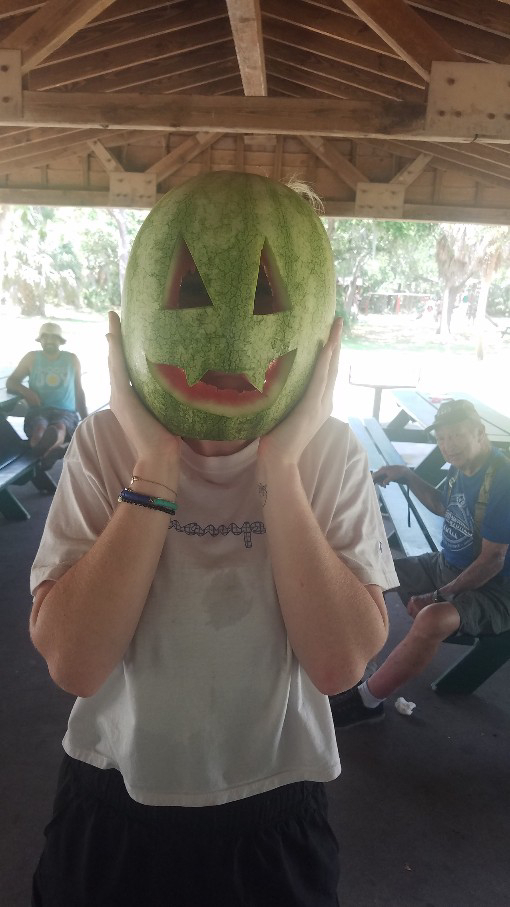 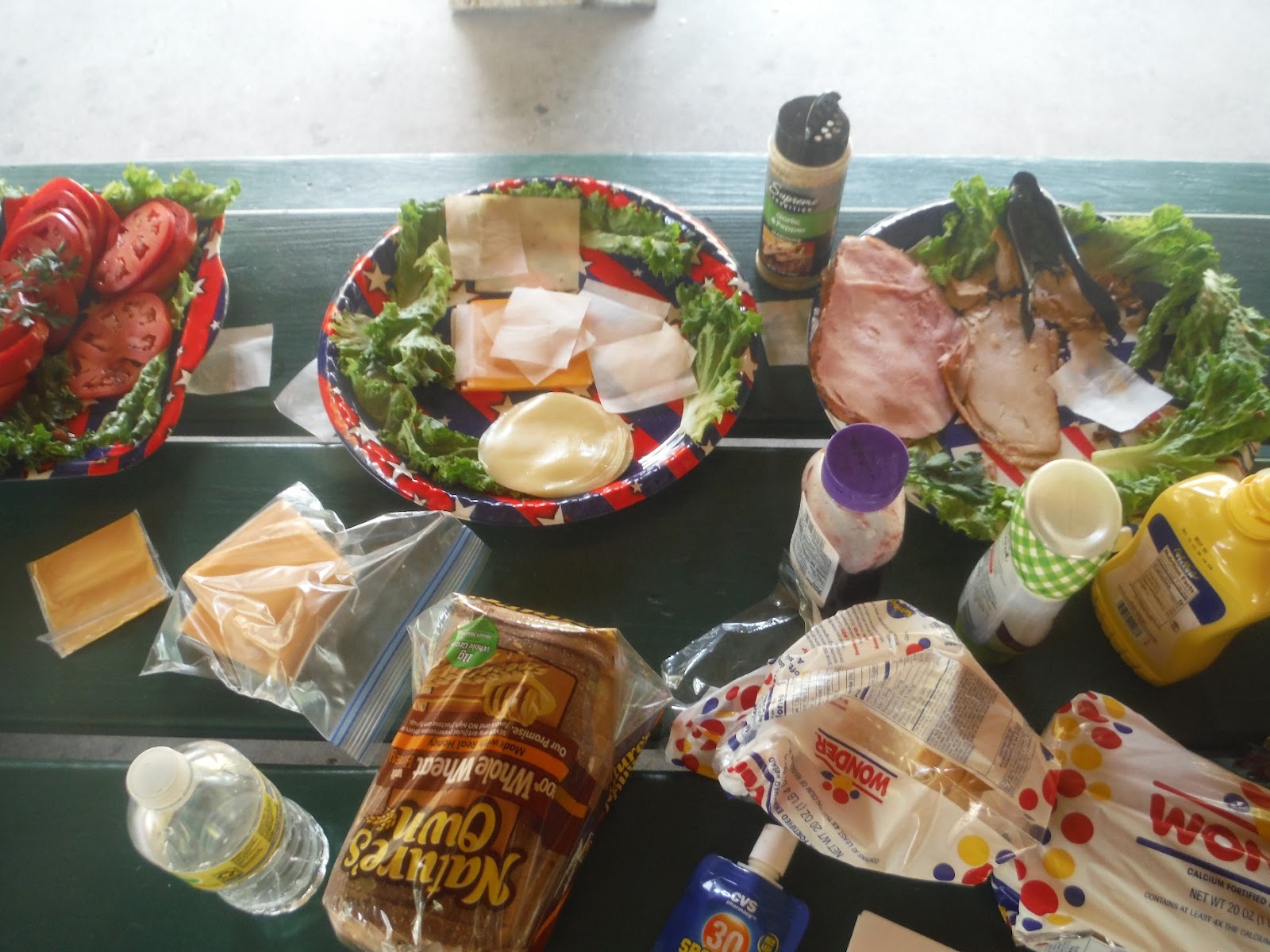 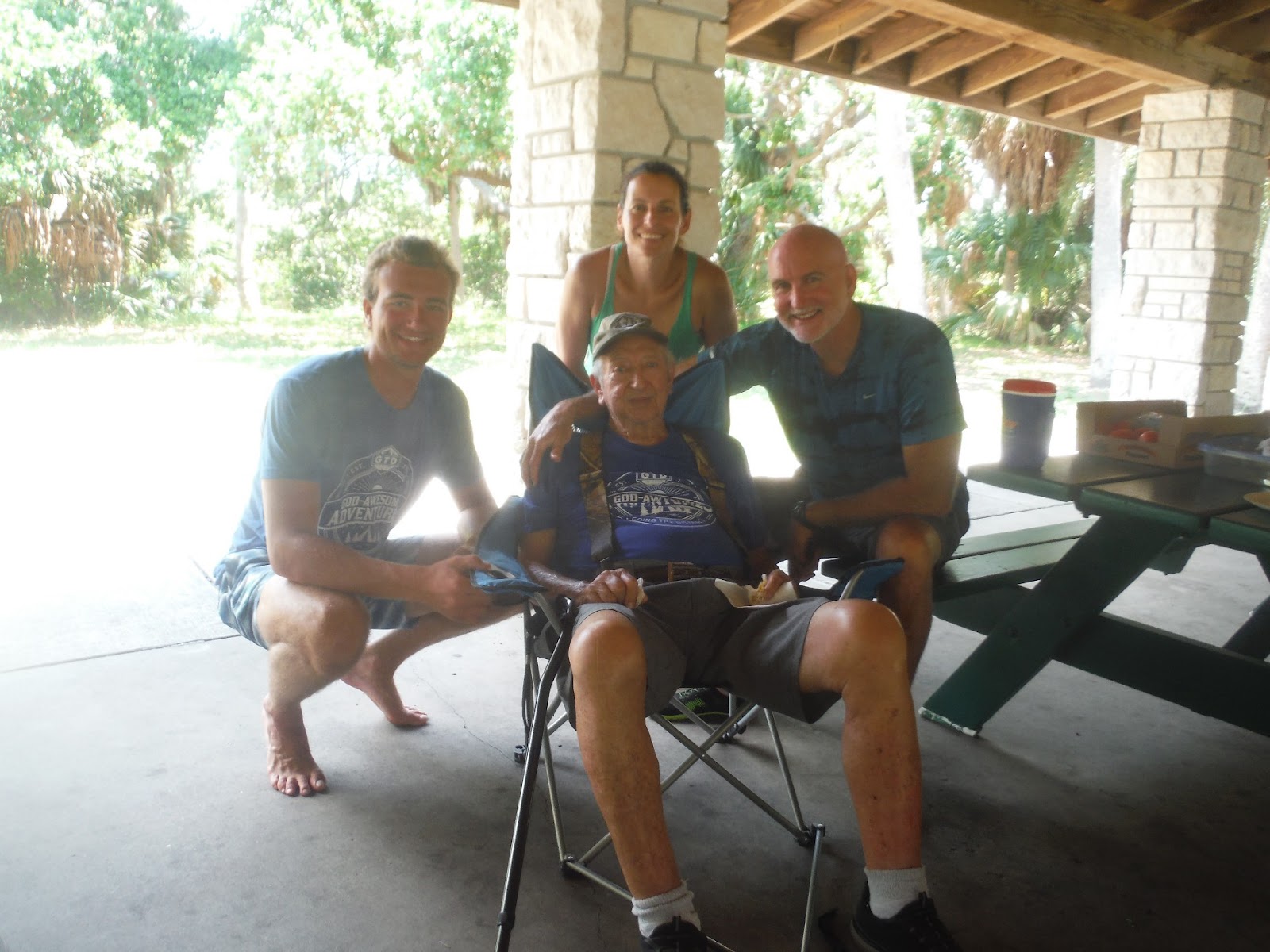 I WAS SOOOOO BLESSED TO SPEAK AT KESWICK'S CHAPEL FOR ELEMENTARY SCHOOL & PRE-K LAST FRIDAY!

Join us this Saturday (May 14th / 9:30am - 1pm) for our newest GTD event >>> SIDEWINDER Stand Up Paddleboarding Day Trip!! THE COST IS FREE in celebration of 26 years of ministry! Aaaaaaaaaand it even INCLUDES LUNCH!!! You don't need to have any experience... beginners are welcome & encouraged... in fact, we are beginners ourselves... instructions and a safe practice spot will be provided before we paddle over to a nearby island. Come enjoy a morning of recreation in God's beautiful creation!
REGISTER ONLINE TO LOCK IN YOUR SPOT
LOCATION: WAR VETERANS' MEMORIAL PARK
Meet at Shelter #2 at 9:30am
Address: 9600 Bay Pines Boulevard, St. Petersburg, FL 33708
.
posted at 7:09 PM

We were able to break Mom out of the rehab center and transport her away for a wonderful few hours of celebrating her & my sister for Mother's Day! It was a really good day :)
Happy Mother's Day to all the Mom's out there!! 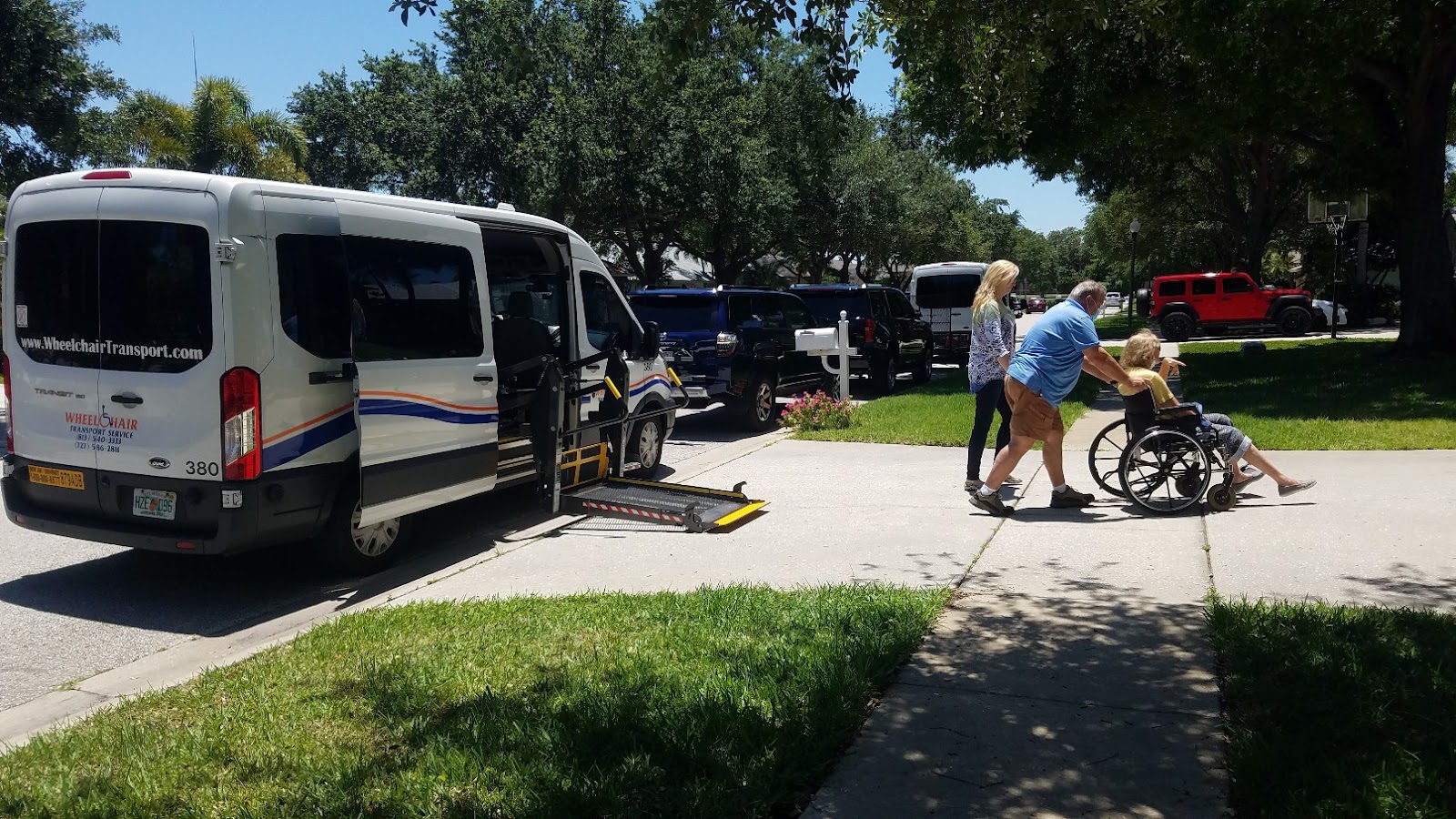 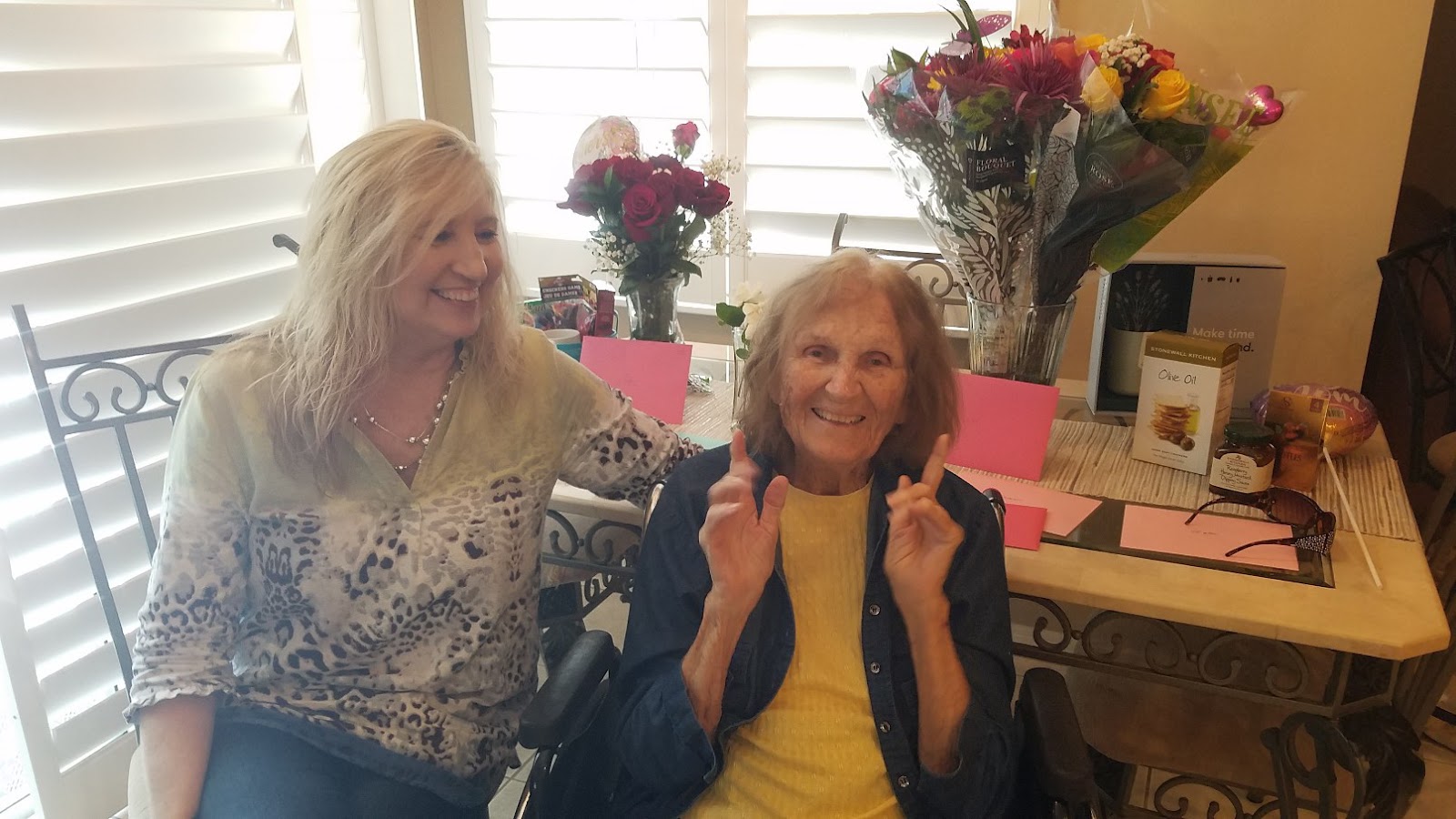 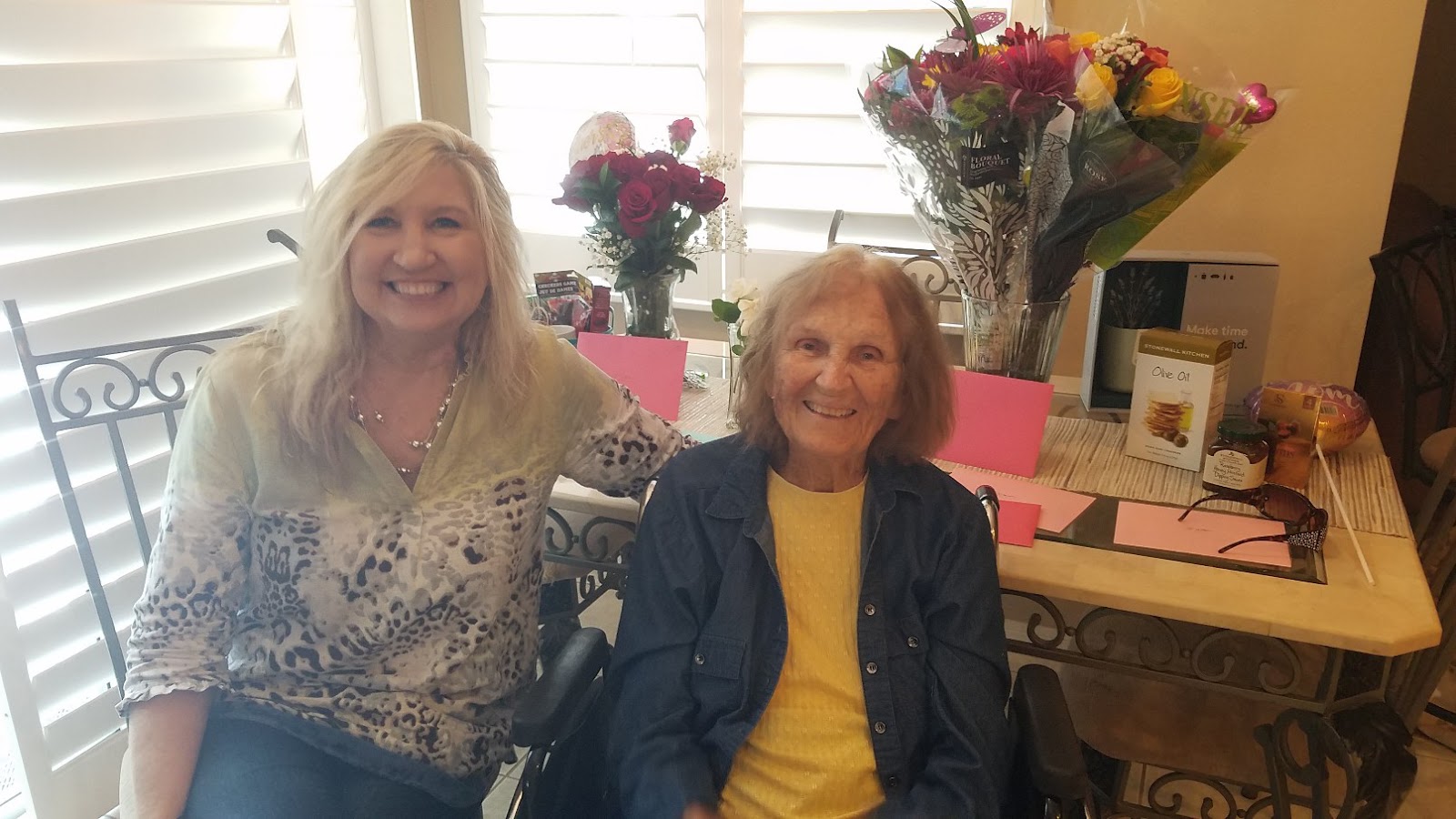 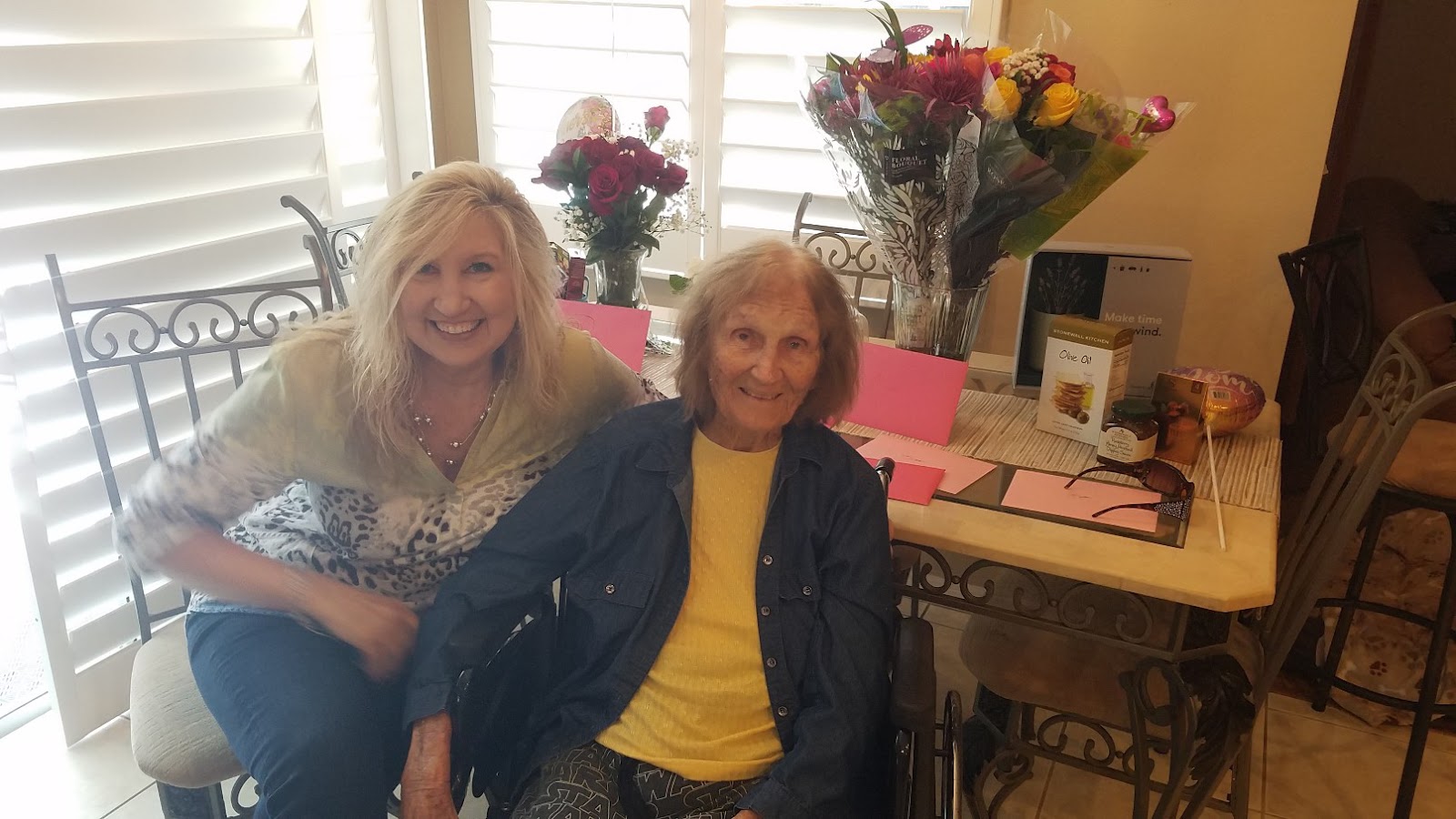 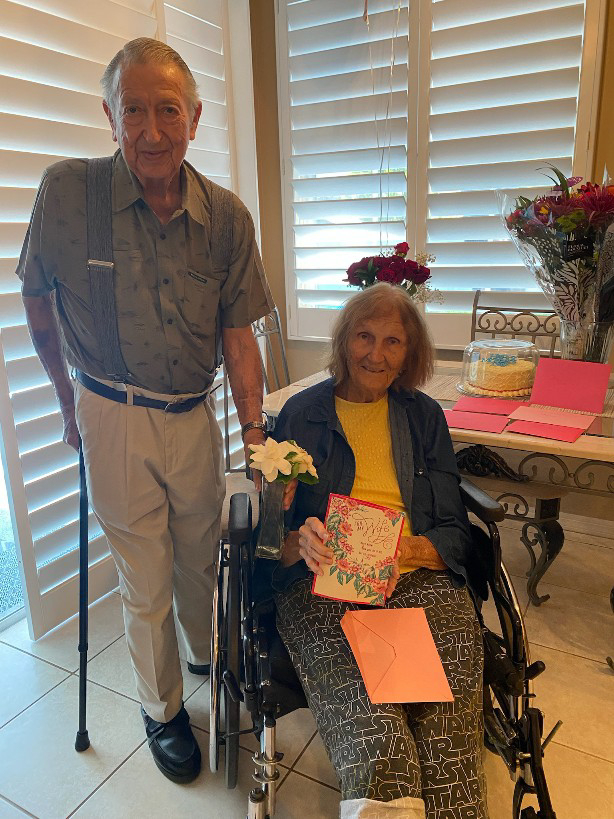 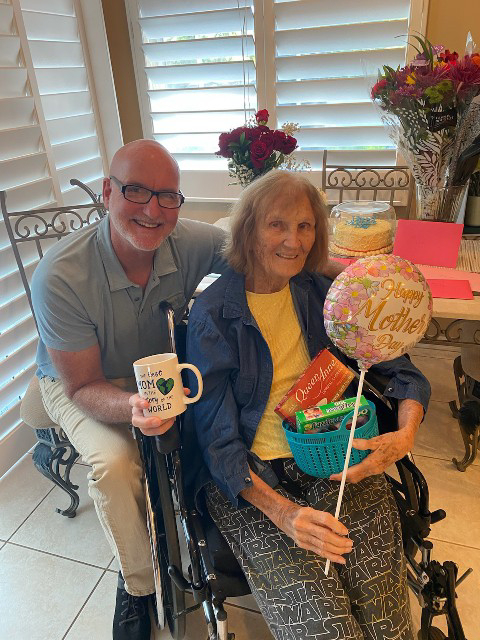 It's a loooong road ahead... 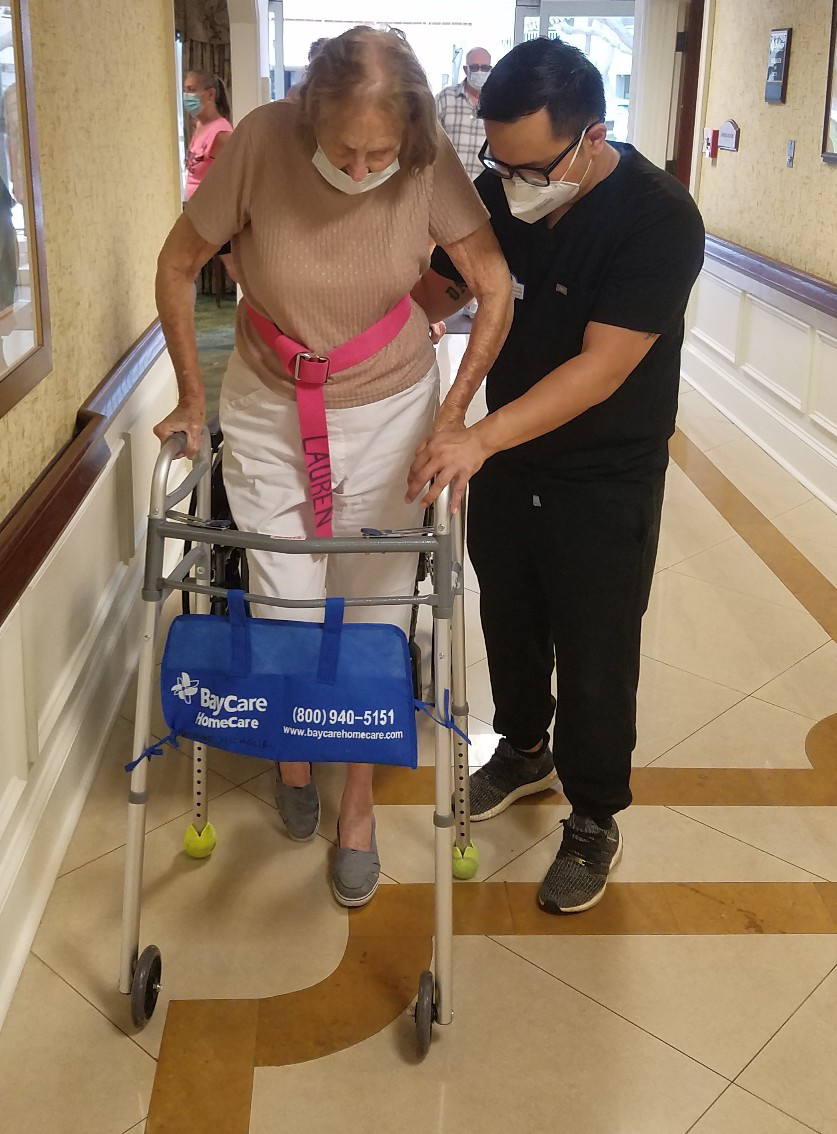 It's a loooong road ahead, but Mom has been making small steps of steady progress. She isn't able to stand up by herself yet, but with assistance she has been able to stand up and stay standing for 5 minutes, walk with a walker and assistance for 50 ft, and pedal the exercise bike for 15 minutes. Alzheimer's is a wild condition... 10 minutes later she has no idea that she went to physical therapy or that she fell and broke her femur or that she had surgery... but then again, some things are nice to forget haha. She's getting great care, and has physical therapy, occupational therapy, & speech therapy 6 days a week. (She gets speech therapy because they cover cognitive issues... I didn't know that.). Dad is also recovering well from his pacemaker implant. Thanks for praying for them! 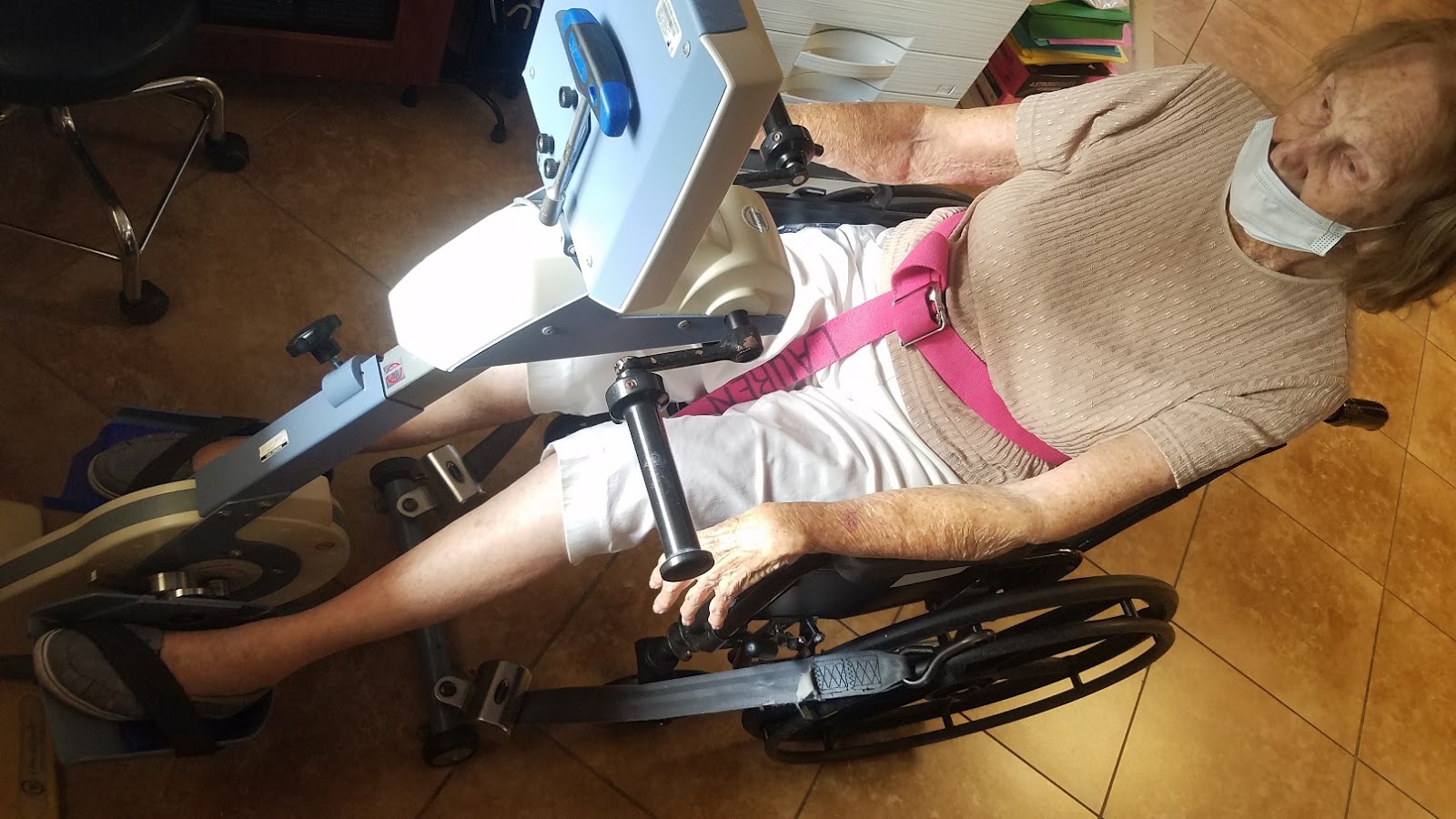 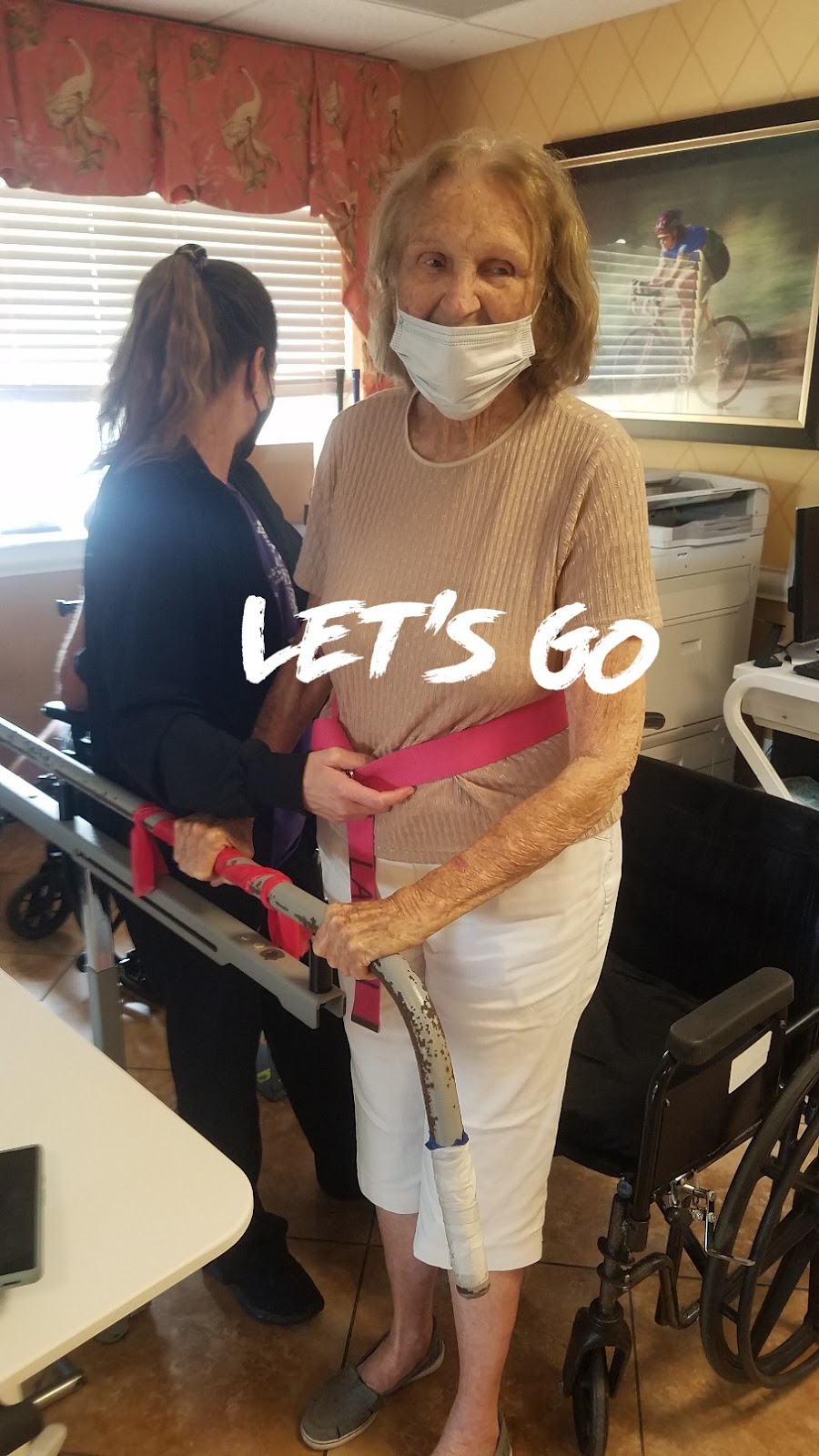 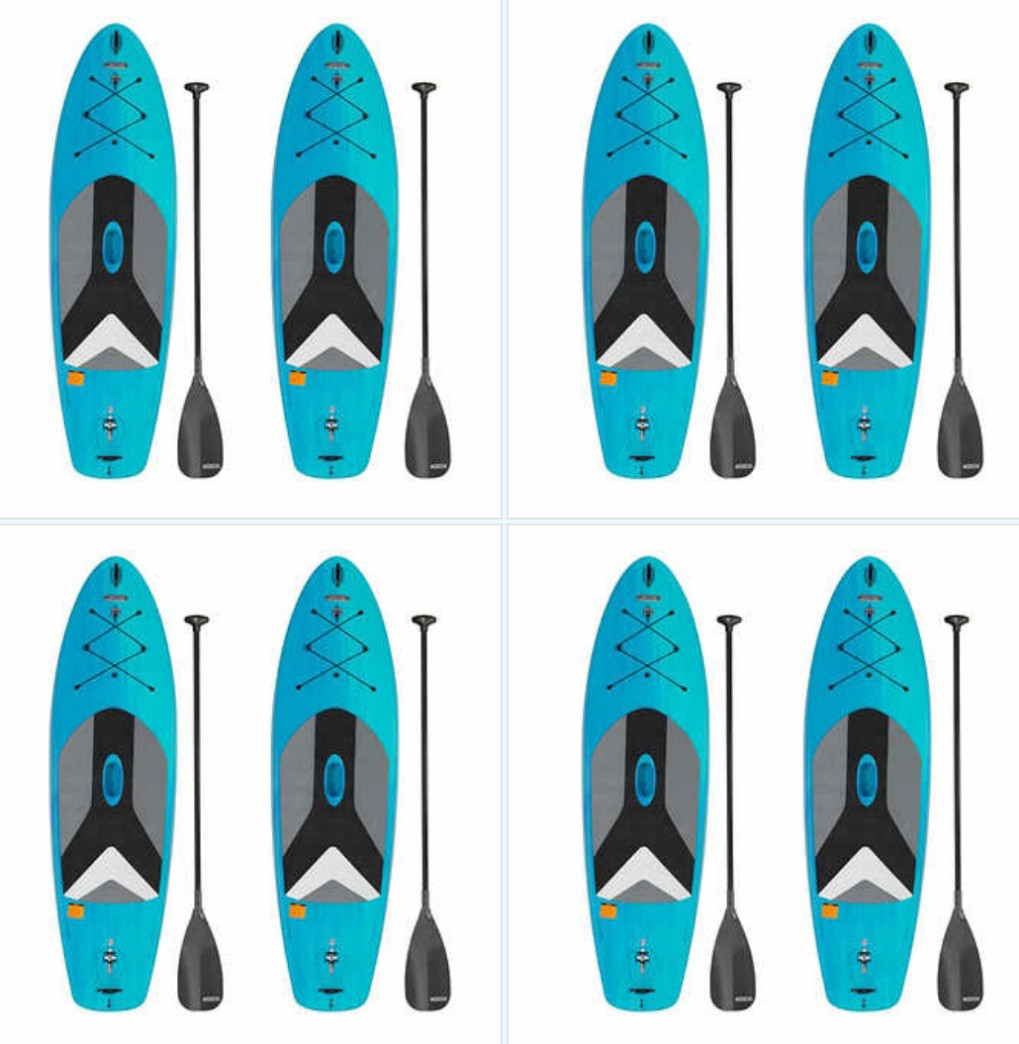 WHATZ "SUP" PEOPLE!
...GTD ADDED 8 MORE SUP's!!
....JOIN US ON OUR FREE SIDEWINDER SUP DAY TRIP MAY 14th!!!
Thank you awesome and amazing donors & supporters of GTD!!! Five and a half months ago you generously and lovingly donated to this ministry during our Annual Banquet (for which I'm still trying to properly thank each of you!!), and you enabled GTD to immediately acquire 8 more SUP's (Stand-Up Paddleboards) for which we (and our participants) are absolutely thrilled about!! Paddleboarding is a very popular activity and only continues to increase in demand. It's a fantastic adventure that GTD is so blessed to be able to offer to our participants. We acquired 16 paddleboards, paddles, leashes, life vests, & carry straps at the end of 2020 and added these 8 at the end of 2021 to bring our grand total to 24 complete sets!! That's an even 2 dozen and allows us to take groups of 20-22 people out at a time with 2-4 GTD guides. In addition, this allows us to add more activity options to our in-state weekend retreats. All-in-all this is a BIG WIN for our ministry and the people we serve! From the bottom of our hearts, THANK YOU SO MUCH AWESOME SUPPORTERS!!!!! You guys rock!!!!!!!!
Aaaaaaaaaand while I'm at it I may as well promote our upcoming FREE SIDEWINDER PADDLEBOARDING TREK coming up on Saturday May 14th at War Veterans Memorial Park in St. Petersburg, Florida. This event includes paddleboarding instructions, lunch, and a half mile trek to an island. For more details and to register for this event while spots are available check out the GTD SIDEWINDER website here
All our deepest gratitude and love to everyone who made this possible!!
.
posted at 11:40 AM

Church at The Rehab Center 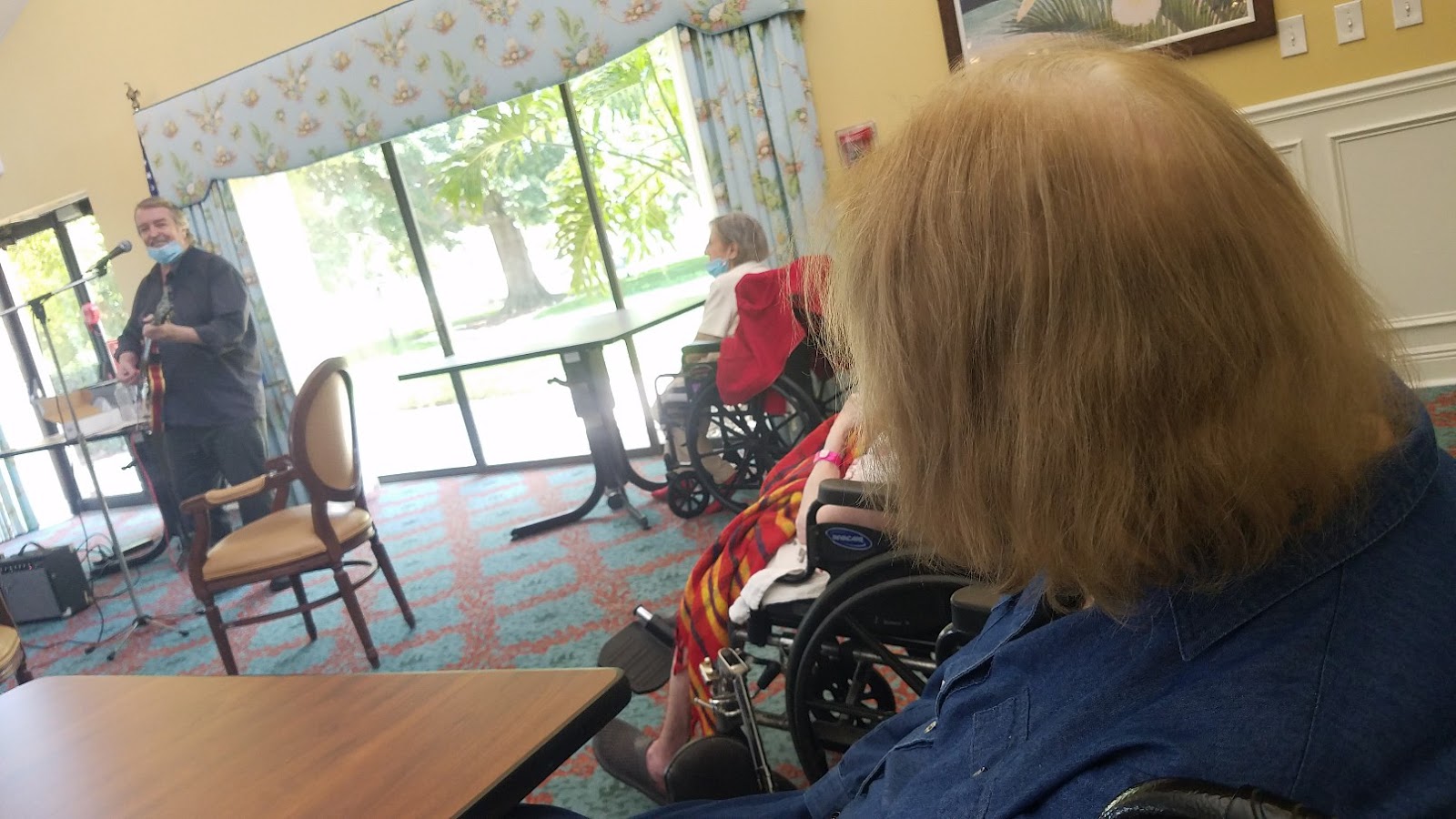 So many wonderful people at Belleair Health Care Center who serve the elderly with their whole heart! Mom & I got to attend a church service together today overseen by a minister who has been faithfully coming for 12 years. We were all blessed.
.
posted at 3:42 PM