Retreats Were a HUGE Success!! 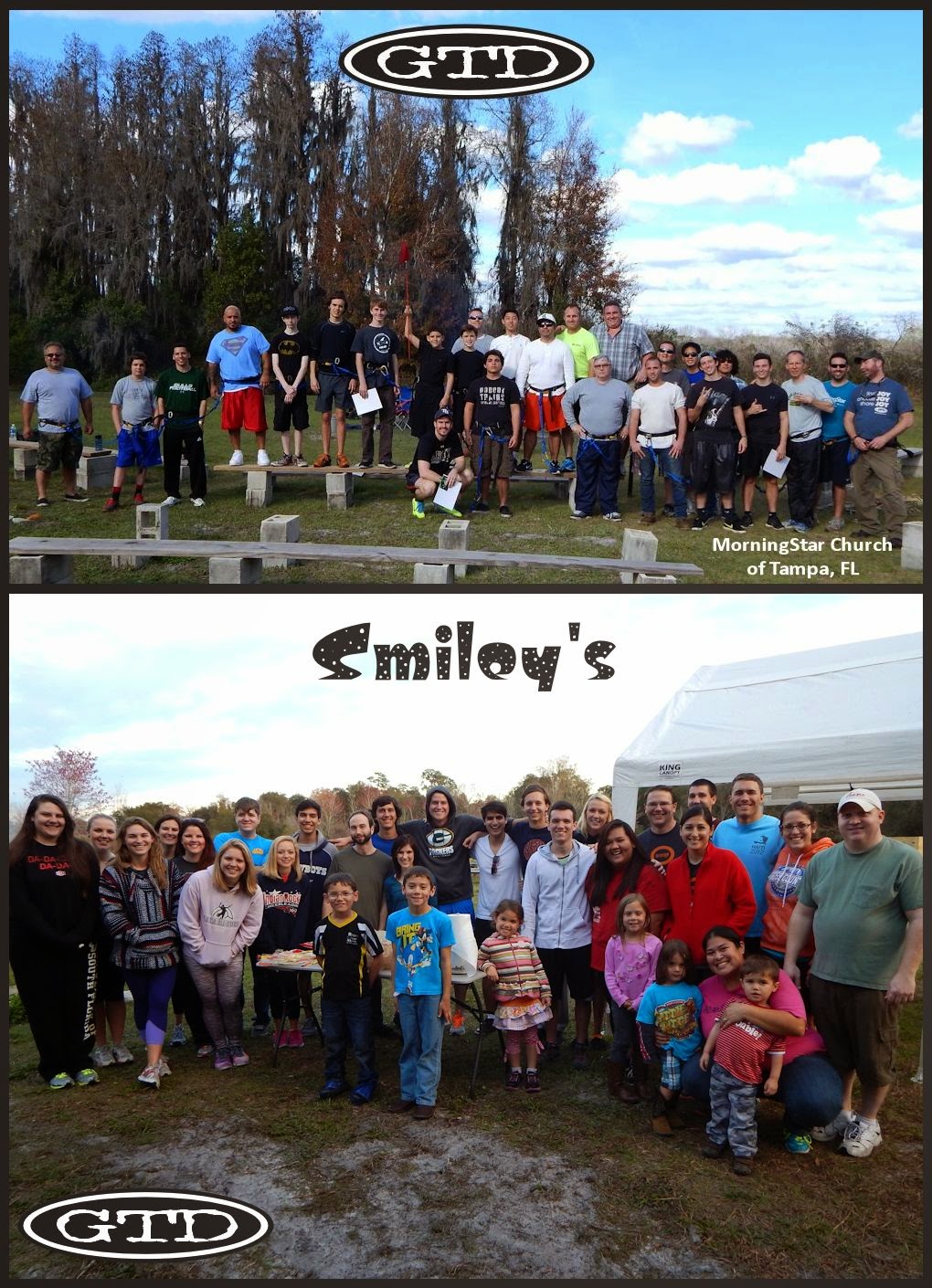 Last night we returned from our back-to-back camping retreats that took place during the MLK holiday weekend at Word of Life in Hudson, FL. We hosted a men's retreat for MorningStar Church of Tampa followed by a young adult's retreat for Smiley's Coffeehouse (First Baptist Church of Indian Rocks). They were HUGE successes! (Praise the Lord!!). In fact, one of the men from MorningStar called the retreat, "One of the top 4 best days of my life!" Wow, that's what we like to call a "God-awesome" event! Over the weekend we put God first in everything we did. We had morning Bible devotions & nightly campfire messages. We made pizzadillas, smores, and stuffed pancakes. We did a high ropes course, climbing wall, and zipline. We played all day long. We watched a movie outside under the stars. We talked, laughed, told stories, played pranks, made new friends, and forged deeper friendships. Oh, and we also nearly froze to death as nightly temps dropped into the 30's and 40's. We played hard and we prayed hard! And God showed up. We want to thank both churches for choosing GTD as their source of Christian based adventures. We are honored to host your event. What a great way to kick off our 19th year of Christ-centered adventures! We believe it's going to be a phenomenal year of ministry. It's an exciting time to be a part of GTD!