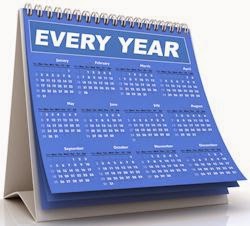 ANNUAL TRADITIONAL TRIPS! One of the GTD casualties of The Great Recession nearly 6 years ago was that we had to eliminate several of our annual events. In 2009 we had to let go of our 5 person full-time staff while at the same time watch most of our regular volunteers move on to other life commitments. That basically meant two people (Laurie and myself) now had to do the work of 10+ people. One of the immediate difficult decisions I had to make was to scale back the number of annual public events to a manageable amount so that 2 people could oversee them. That meant that I had to discontinue some of our favorite public events. It was tough. They were more than just a trip; they were traditions. Many people looked forward to them each year. But I had to trim down our workload. I based my elimination criteria on 2 things: (1) Did the event usually cost us more money than it generated? (2) Was the event too labor intensive for just 2 people to plan it, prepare it, and provide it with excellence? If the answer was yes to either one of those questions I removed it from the calendar. With just 2 people it wasn't possible to keep all of our yearly traditional trips on the calendar. I had to cut out The Islanders, Swamp Thing, Ignite, XFL, The Drifters, Nomad, Go Vertical, Mogul, DiRT, and our public Costa Rica Mission Trip. It still hurts a little bit to list all of the awesome annual trips that died during The Great Recession. But we had to cut them loose in order to survive. And praise God we did just that... we survived. Now, nearly six years later, we are becoming more and more alive. Part of our 52 Days campaign is to go back to the drawing board. Can (and should) any of these events be revived from the dead? We are revisiting some of our old staples while pursuing new annual tradition ideas (like we did with The Grand Canyon Trip!). We hope to revive and reintroduce a few of our fan favorites as well as build brand new events that become NEW annual trip traditions (I actually like to call them, "TRIPditions"). So keep your eyes on the 2015/16 GTD Public Event Calendar. You're going to like what you see! It's an exciting time to be a part of GTD!