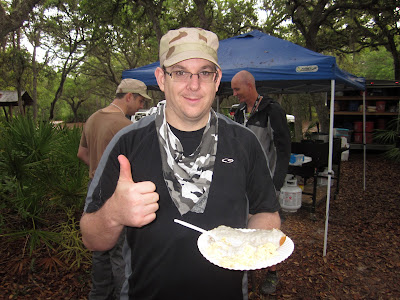 After a hearty breakfast of eggs, biscuits & gravy it was time for Session 4 "Live Your Code". Like the previous sessions it was an excellent challenge for men to live Godly & honorable lives. The squads continued to meet as small groups and then break-up so each man could spend some personal time seeking the Lord. 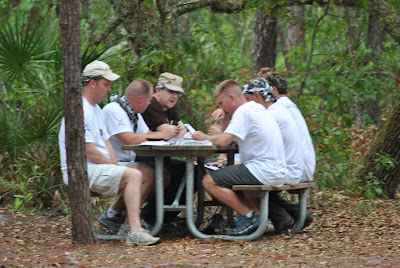 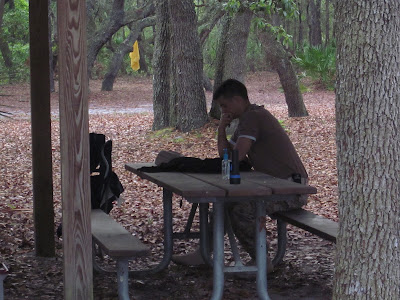 Despite the forecast for heavy thunderstorms throughout the night and all day long, God continued to provide us with perfect weather. No rain in sight. The squads took advantage of the clear skies to break down their tents & cots. 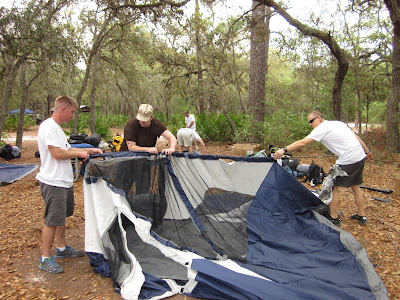 Then it was on to the Adventure Race. Each squad was harnessed up and leashed together. They were given a passport, pen, and map of the area. 8 checkpoints were scattered throughout the forest. Each squad was given 5 minutes to strategize about which checkpoints to go to first and how they wanted to leash up to each another. They had to travel from checkpoint to checkpoint attached together, but once they arrived at the checkpoint they could disconnect in order to accomplish the task. With all that in mind, the race began at Checkpoint 1: "The Slingshot Shootout". Each squad was given a slingshot and a bag of marbles. Each individual in the squad got to take one shot at breaking a plate about 25 yards away. If they missed the next person had to take one shot. If the plate was still unbroken after every squad member took a shot then they started all over again. Once their plate was broken to the point that it was laying on the ground they had to have me sign their passport then leash together and race to a different checkpoint. They were given 45 minutes to complete as many checkpoints as possible. Checkpoints included challenges called thing like Tire Maze, Search & Find, The Cross Puzzle, Electric Fence, Stepping Stones, and Kaboom. All the squads did a GREAT job and had a blast racing through the wilderness. 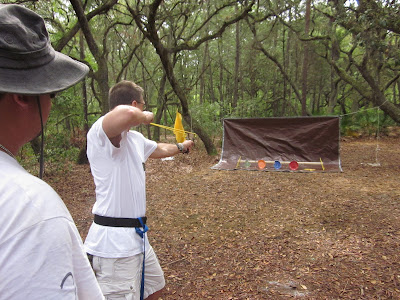 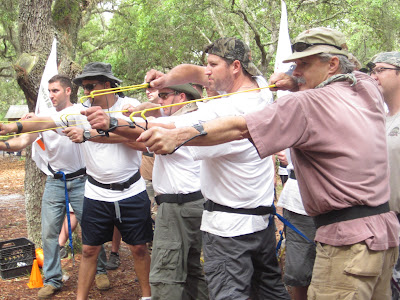 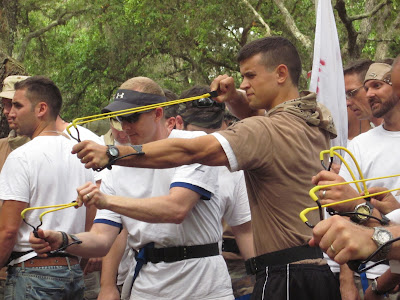 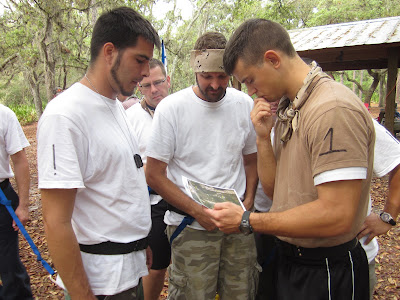 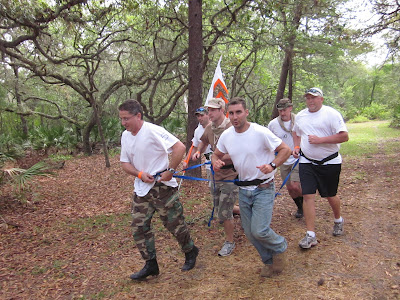 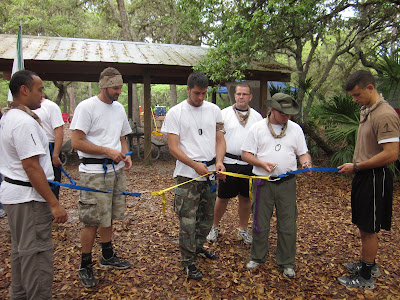 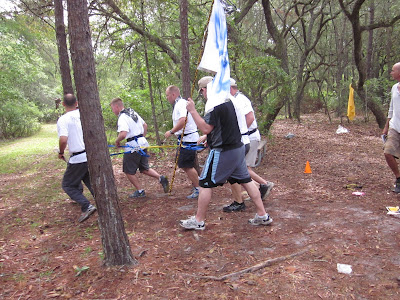 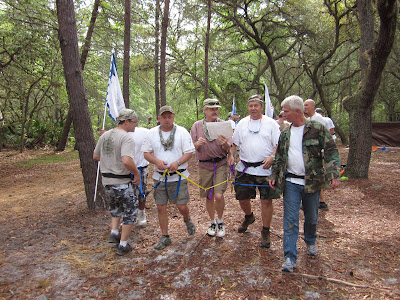 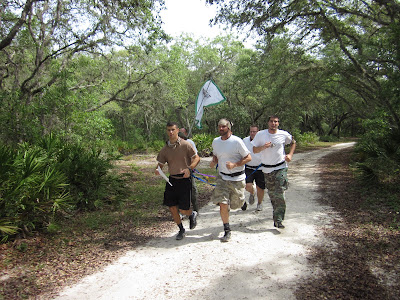 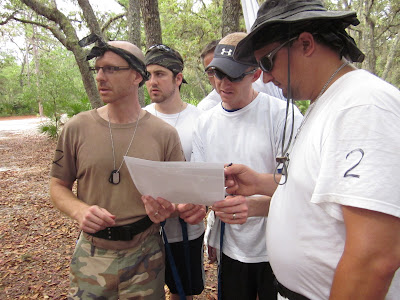 After the Adventure Race it was time to "Make Your Own Pizzadillas"... one of GTD's fan-favorite meals. The guys loved them! 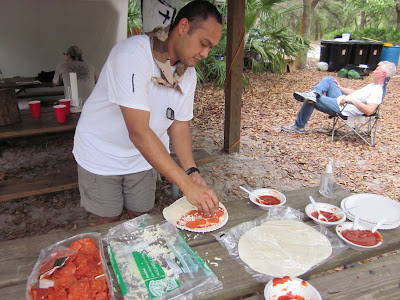 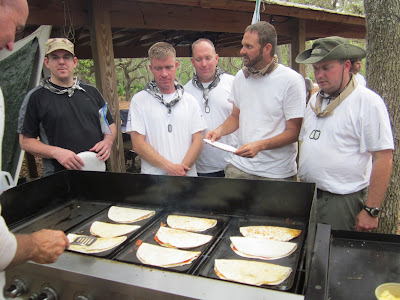 And then it was time to wrap up the event. All the squads helped break-down camp and pack up the trailer. They were such a huge help and blessing to our ministry. It was an honor to host this event and to meet so many incredible men of God. It won't soon be forgotten. The Men of Valor came, they saw, they conquered!

PS: As soon as I hooked up the trailer to the truck to leave the thunderstorms hit. Thank You Father for holding off the storms so we could accomplish this event. We serve an awesome God!