We had a wonderful time with the middle school youth group from Calvary Chapel of St Petersburg this past weekend. Our retreat was right on the Gulf of Mexico at beautiful Ft DeSoto Park in St Petersburg, FL. In all, there were 40 participants full of enthusiasm & energy. 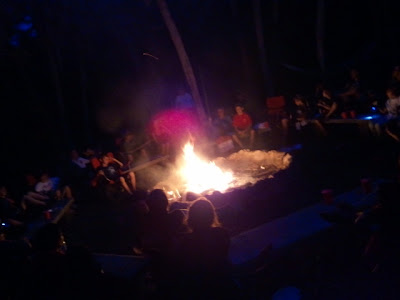 Laurie & I arrived at 10am on Friday to begin setting up the camp. It took about 7 hours to get everything unpacked, organized & set-up. 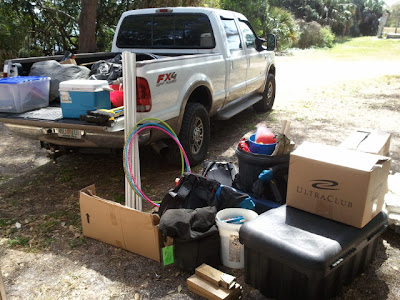 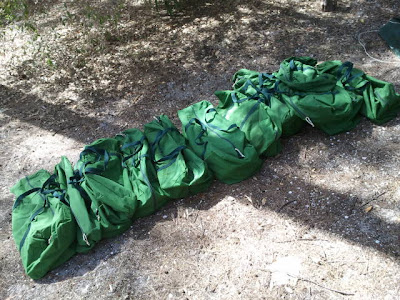 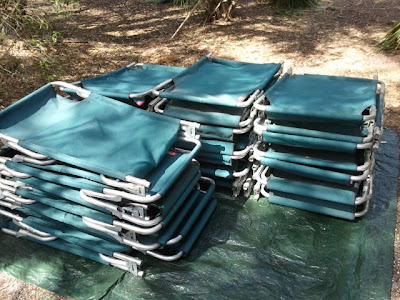 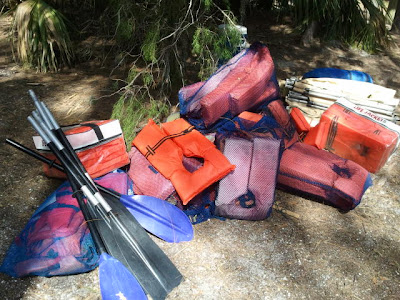 The group arrived at 5:30pm on Friday night and did a great job at setting up their tents and cots. After a delicious taco dinner we had some praise & worship time around the campfire followed by smores!! 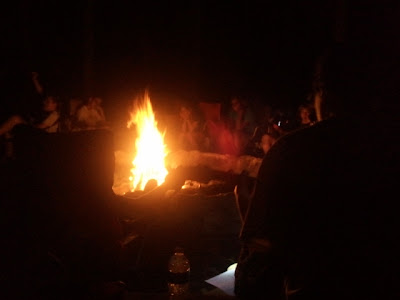 Saturday morning started off with gloomy weather, but within a few hours it was picture perfect. The youth broke into small groups to do morning devotions with their group leaders. The spiritual theme for the weekend was "GROW" which revolved around Psalm 1.
-----------------------------
Psalm 1
1 Blessed is the man who does not walk in the counsel of the wicked or stand in the way of sinners or sit in the seat of mockers.  2 But his delight is in the law of the LORD, and on his law he meditates day and night.  3 He is like a tree planted by streams of water, which yields its fruit in season and whose leaf does not wither. Whatever he does prospers.  4 Not so the wicked! They are like chaff that the wind blows away.  5 Therefore the wicked will not stand in the judgment, nor sinners in the assembly of the righteous.  6 For the LORD watches over the way of the righteous, but the way of the wicked will perish.
-----------------------------
After devos we headed out for a few activities!! Our first stop was at the actual Fort. The youth pastor (Josh Harris) asked me (Doug) to play a joke on the kids and act as if I was a certified tour guide of Ft DeSoto. The great thing about middle schoolers is that they are so fun to joke around with. We had so much fun making up outlandish stories of how the Fort was constructed and why they built certain features of the Fort. Fake stories included that the Fort was actually built by the children of those who fought in the Civil War while on a vacation, the board game "Battleship" was first invented at the Fort because the soldiers operating the canons couldn't see over the wall that was in front of the canons when firing, and the interior "echo chambers" were designed to prevent spies from stealing secrets as groups of soldiers gathered to talk yet no one could understand what they were saying because the echos were so intense ;). Afterwards we told them it was all a joke... they had a good laugh!! 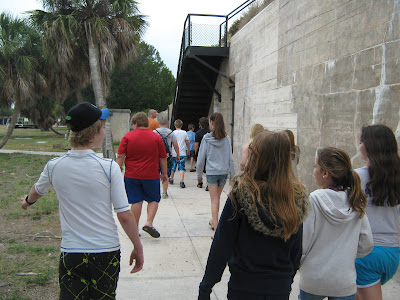 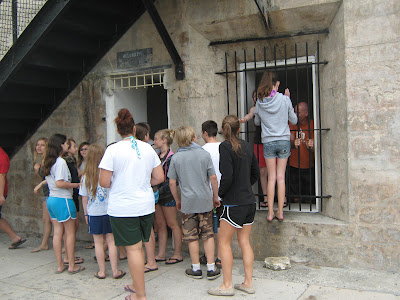 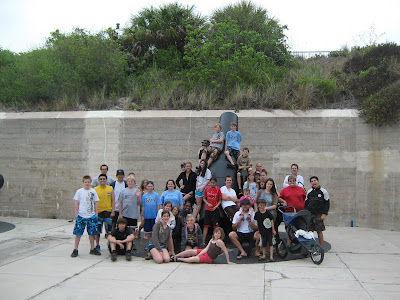 After our tour of the Fort we headed for one of the highest rated beaches in the United States - North Beach of Ft DeSoto!! We spent the day playing beach games, frisbee, swimming, and having lunch!! Goooooood times indeed!!!
(see beach pictures below on the Sat March 10th blog)
Then it was back to camp for hammock time, fishing & free time!! Dinner was a big hit as we had our world famous Pizzadillas!! Later that night around the campfire Pastor Josh preached a message about Psalm 1 and gave an invitation to students to give their lives to Jesus. It was so beautiful as a few kids raised their hands to ask Jesus in their heart!!!! Wow, that's what it's all about!! Praise God!!! We had another wonderful time of praise & worship followed by smores and an outdoor movie, "Paul Blart - Mall Cop" 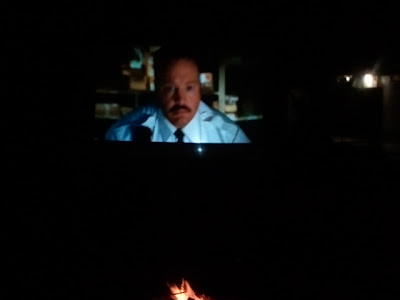 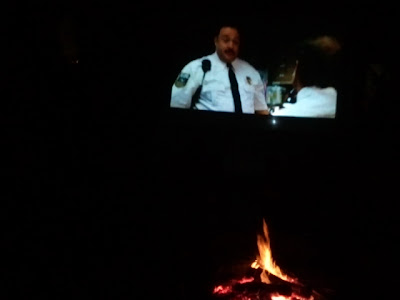 The next day started with small group devos followed by a 4 mile canoe around the island. The kids did great, especially since many had never canoed before!! 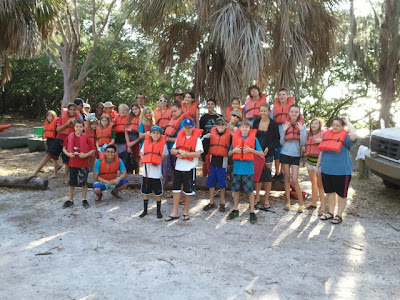 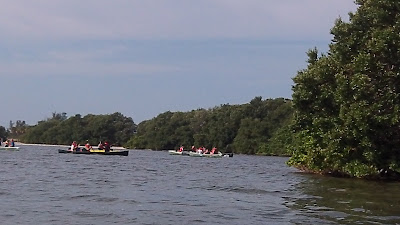 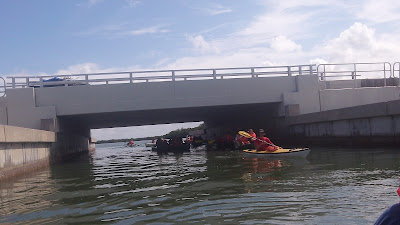 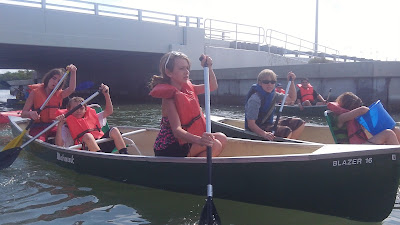 Once we returned to the campsite it was time for lunch and then we had to begin breaking down camp. The group did a great job of taking down their tents & cots and helping pack up most of the rest of camp before having to depart. Laurie and I had about an hours worth of packing remaining when the heavy rains hit!! Thankfully we were still able to get everything packed up while it was raining!! We praise God for a wonderful trip and glorify His name for the lives eternally impacted!!! 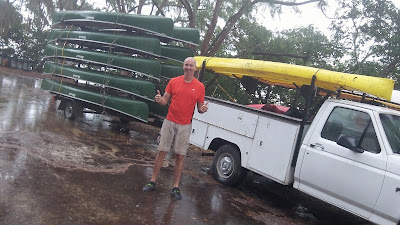 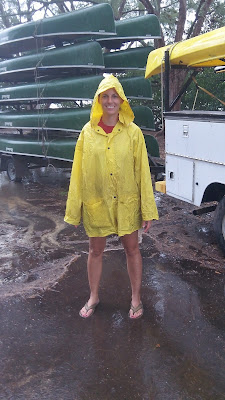