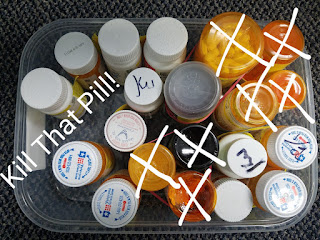 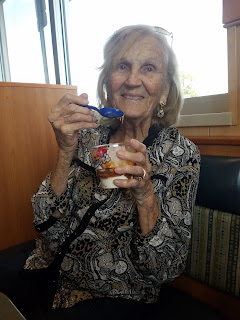 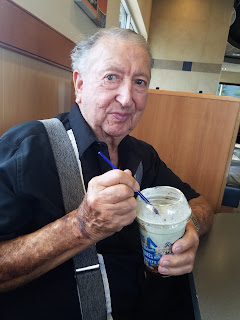 We are thrilled to share that my Dad's latest appointment with his kidney doctor was full of great (some may say miraculous) news. Six weeks ago Dad received the news that his kidneys where rapidly declining and that without some sort of dramatic turnaround he would be on dialysis by the end of the year. His GFR number had plummeted from 22 in July to 12 in Sept (a person with healthy kidneys is 90 and above). That means he had fallen below 15 which is the line at which he would be considered in stage 5 kidney failure as well as the number when dialysis starts coming into the equation. In addition, his creatinine levels had shot up to 4.7 in Sept from 2.8 in July. Creatinine levels in healthy kidneys should be below 1. All that to say that Dad was trending rapidly towards kidney failure. His cardiovascular surgeon cancelled his surgery to remove a 95-99% blockage from his carotid artery because of concerns that the surgery would finish off Dad's kidneys. Factoring in all of these numbers Laurie spearheaded an effort that Traci & I were already on-board with to switch Dad to a plant based whole foods diet and get him off of any foods, drinks, and some medications that are hard on the kidneys. Laurie worked like it was her full time job to save Dad's kidneys. She researched day after day and talked to friends with nutritional expertise and came up with a customized menu for Dad's situation. We needed to switch my Dad from a fried food, steak & potatoes, high sugar, high salt typical American diet to a no salt, low sugar, whole foods, plant based diet. Dad didn't enjoy the taste of his new diet, but he was all in for saving his kidneys and being able to have the surgery to remove the blockage. He didn't always understand what he could & couldn't eat and he had several moments of frustration, but he had a motivated and willing spirit to let the healthy foods be his new medicine. We have been working with him on a bunch of dietary changes for over 2 months, and specifically on a plant based diet for 6 weeks. Laurie made a lot of tasty vegetarian meals for the folks to help my Dad find delicious alternatives to his regular diet (Mom has always been a vegetarian). Traci has been eating healthy for a while and has been helping our parents with good healthy meals. I also switched to a plant based diet to help support Dad. It was a total team effort. We have been trying to build a healthier infrastructure to keep Dad on track. And just as important, Dad has eliminated about 7 of the 20 pills he regularly takes. For the first time ever he is reading the warnings about the potential adverse side effects of his meds.So this week was the big week to see if all the efforts were making any impact at all. We were going to be happy if we had at least slowed the digression down or if his levels all stayed the same. To all of our surprise, especially the doctor's, Dad's blood results showed a miraculous turnaround!!! His GFR shot up to 31!!! His creatinine level fell to 1.99!!! His sodium and potassium levels were in the normal ranges!!! And to top it all off he lost 30 lbs of fat over the past 2 months!!! He is feeling better and is regaining energy levels that he hasn't experienced in a long time. Aaaaaand he was approved for immediate surgery to remove the blockage. We are all celebrating the great news! Laurie cried tears of joy. And to give Dad a small reward he had his first ice cream in 2 months =)He still has a long road ahead, but Dad is giving his kidneys and his entire body a fighting chance simply by eating healthy and backing off from being over medicated. His body is responding in a great way.I have no doubt that God used Laurie to save our Dad's life. Traci & are doing a lot, but Laurie tracked down and implemented the right nutritional plan as well as grocery shopped and kept Dad on track, especially on the hard days. She anguished over all of it not knowing if it was helping or not. She was our MVP this round!Thank you all for your prayers, love, & support!! Keep it up! You are making a difference in our Dad and our family's life! God bless you all =)