A (LONG) LETTER FROM DUG 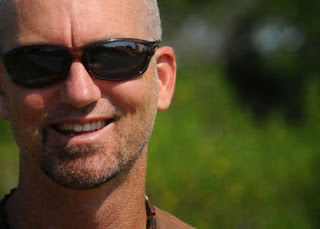 "They will tell of the power of your awesome works, and I will proclaim your great deeds. They will celebrate your abundant goodness..."  - Psalm 145:6-7a

We have so much to celebrate in Christ! As a ministry we have so much to be thankful for! One major thing we are thankful for is that we survived a near death experience... we survived The Great Recession! That's not to say that everything is smooth sailing now, but we have slowly returned to stable condition. This is no small task and nothing less than a reflection of the grace of God. According to the U.S. Census Bureau over 270,000 small businesses went out of business between March 2007 - March 2010. That's more than a quarter of a million businesses that died! GTD was not one of them. We got hit hard, but we lived to fight another day.

In the summer of 2009 we hit rock bottom without warning as participants & groups abruptly cancelled events with our ministry due to their own personal financial woes. That loss of income and the continued projection of lost income nearly knocked us out. I often describe our situation as a near death experience. In financial terms we were in the emergency room with profuse arterial bleeding. Our pulse was faint and our blood pressure was dropping fast. We needed blood donors STAT! Incredibly, a couple who wants to remain anonymous showed up to the "ER" with a $20,000 zero interest loan that served as a gauze pad to stop the bleeding. God used them to save the life of this ministry. As our blood pressure and heart rate began to stabilize we had to make some difficult decisions to keep from bleeding out again. We had to minimize expenses at all costs. Since we run a very lean ministry the only option we had was to eliminate salaries. That meant we had to let go of our entire 6-person paid staff, including myself & Laurie. The two of us stayed on as full time unpaid volunteers in order to repair the damage, but we lost all of our full time help as well as many volunteers who had to tend to their own personal needs. In order for Laurie to do this she moved into a spare bedroom in my parent's house (and sometimes at my sister's house). She has become a nomad. As for me, I continued to live in a spare room in the GTD office. It makes my commute to work pretty fast! Since then we have both begun to receive part-time salaries.

Over the past 3 years we have poured our lives into this ministry to get it back in good health. I'm blown away by the generosity that we've seen from our donors. Usually 70-80% of our annual income comes through what we charge for our events which means that 20-30% of our remaining budget comes through contributions. In 2010 groups still weren't able to sign-up for events like they had in the past so our donors increased their contributions to cover 45% of GTD's revenues and help make up for the lost events. My jaw is still dropped about this fact. During the most difficult economic time in our country since The Great Depression, we had an abrupt increase in donations. It was also during this time that our vans died from a blown engine and a blown transmission. They were too old to repair so we sold them for salvage. I was looking into rental vehicles when an incredible couple went out and bought our ministry a pre-owned 2005 King Ranch Edition Ford F-250! It wasn't an extra truck they had sitting around. They assessed what we needed and went out and bought it for GTD and dropped it off at our office. I'm still speechless about that. They're generosity floors me. And to top it off, we had 2 other incredible donors that donated trucks to GTD (Jerry Mullins & The City of Pinellas Park). Each one has been an enormous blessing to our ministry. Somehow we went from 2 vans to no vans to 3 trucks in about 4 months! That is the power of God! That is God on a rescue mission.

Each year God surprises us with another miracle, another way that he moves the heart of others to support this ministry. Earlier this year an amazing couple, that asked to stay anonymous, handed me a check for $10,000 made out to GTD. They wanted to bless this ministry... and they did just that! It humbles me; it moves my heart. It leaves me speechless. Then to add a cherry on top Celebrate Pinellas Park donated $1000 to GTD last February.  It touches my heart more than I can express to see God move in the hearts of people during these tough economic times in order to strongly support this ministry.

We are not quite back to where we need to be, but we have stabilized. We are still making huge sacrifices and working day and night to get this ministry to great health. Even with the great testimonies I just shared we still need to raise $20,000 at our Annual Banquet in 2 weeks. The great news is we can go another year with that $20,000! God does a lot through this ministry in one year with that little amount. God continues to make an eternal impact in a lot of young people's lives all year long through our programs. We look forward to highlighting some of these at the banquet. I want to invite you to be a part of our special night at Ruth Eckerd Hall on Nov 13th. It's always a fun and encouraging time as we celebrate what God has done over the past year and prepare for what He has in store for the next year. I also invite you to partner with us financially by sponsoring a table, making a one-time donation and/or becoming a monthly partner for the next 12 months. Even if you can't come to the banquet you can still support GTD. Every dollar is an investment in someone's eternity. Thank you for taking the time to read this letter & supporting GTD. I hope to see you soon at our banquet or on an event.