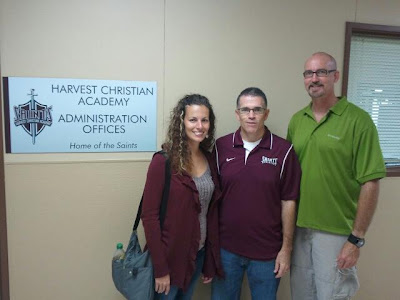 Yesterday, we loved touring Harvest Christian Academy with Headmaster Terry Caywood. This is a fantastic Christian school in Watauga, TX that has teamed up with GTD to reach out to the Costa Rican people through an annual mission trip in  May of each year. Terry is an incredible man of God that our Lord has used to steer HCA into a school of eternal impact.

Laurie & I were honored to speak in 3 Bible classes at HCA about GTD's Costa Rica Mission Program. Dr Randy James was a wonderful host as he allowed us to use each of his 3 class periods to share about all that God is doing in Costa Rica through the Mission's Program =)

In addition, I was invited to attend HCA's Friday night high school football game and say the opening prayer. If the outcome of the game determines just how big of a deal the person who says the opening prayer is then I'm really not that big of a deal - LOL ;). Plus I got tackled on the sideline as a few players got pushed out of bounds... making me even less of a deal - LOL!! But it was very fun to watch and a great honor be a part of. I want to thank Coach Farris for including me in the pregame prayers and inviting me to watch the game on the sidelines. What a great school! 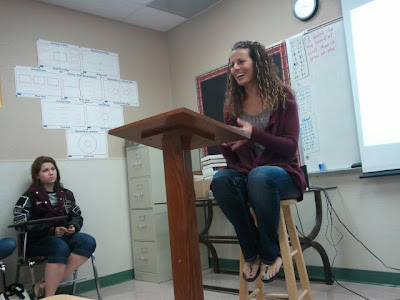 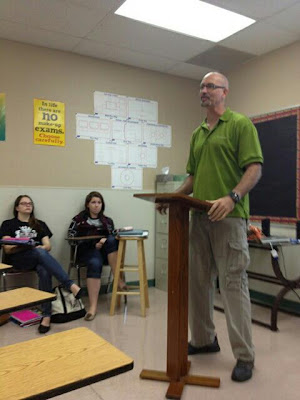 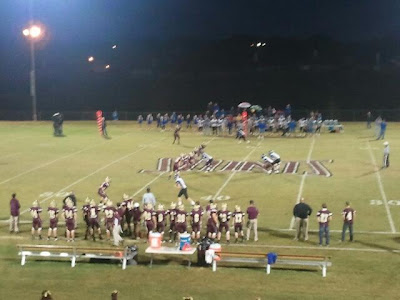